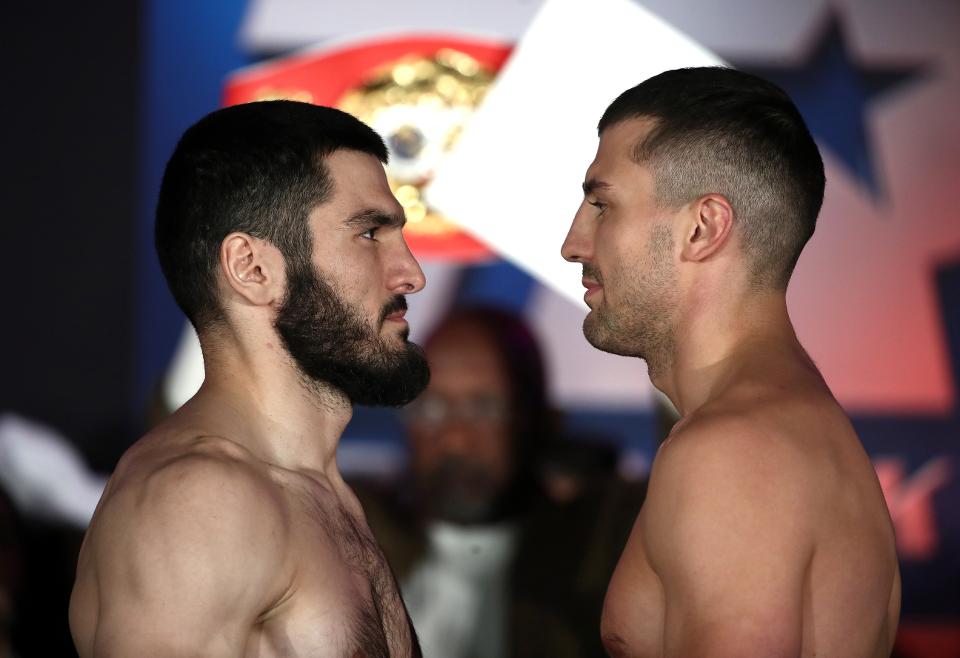 At this point, it's the only question worth asking: Who will win Friday night's light heavyweight unification title bout between IBF titleholder Artur Beterbiev and WBC titlist Oleksandr Gvozdyk at Liacouras Center in Philadelphia?

Beterbiev (14-0, 14 KO's) is coming off a fifth-round knockout of Radivoje "Hot Rod" Kalajdzic in May. Gvozdyk (17-0, 14 KO's) stopped Doudou Ngumbu inside five rounds in his first title defense in March.

Who takes the win? Our experts make their picks.

James Dominguez- Gvozdyk by unanimous decision. Gvozdyk is the better more complete boxer and Beterbiev shows he can be hit and hurt.