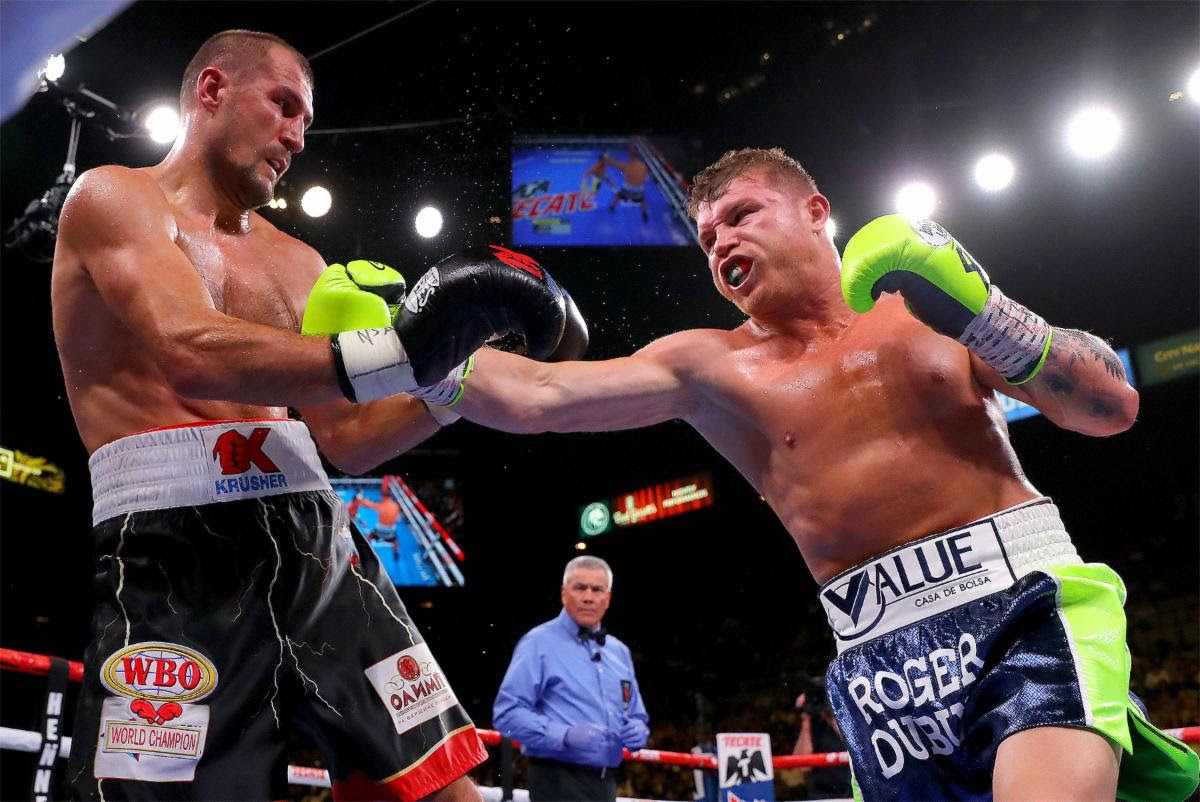 This weekend Saul Canelo Alvarez moved up two weight divisions to defeat the old, but game Sergey Kovalav. The spectacular 11th round KO of Kovalev lead to talks of Canelo taking the number 1 spot in most P4P Rankings. It's a valid case to make. While guys like Vasyl Lomachenko, Naoya Inoue, and Terence Crawford have have all moved up weight divisions to dominate their opponents, only Inoue has done it in spectacular fashion. Lomachenko has shown struggles moving up to 135 while Crawford has yet to fight an opponent in the top 10 at 147. The argument could be made the Crawford hasn't fought a high caliber opponent in years. Still, the P4P rankings are based on how fighters would do against each other if they were the same weight. It's pure speculation, so resume's do play a factor. Despite Canelo's accomplishment this past weekend he stays at number 4 in our rankings on the argument that Lomachenko, Inoue, and Usyk would all beat him if they were the same weight. One could make the argument that all 4 of them, and Crawford, should all be tied for number 1. Again, this is pure opinion. Here are the updated P4P Rankings for Fightnights:

He's struggled a bit at 135. Many believe his ceiling will be 140. It remains to be seen. Still, his boxing abilities have many believing that no one can beat him.

Probably more deserving of the number 1 spot. After moving up to 118 he has obliterated very tough fighters. Donaire is up next, and it's expected his experience will at least make it a few more rounds that Inoue's last opponents.

The only way to go was up after dominating a tough Cruiserweight division. Usyk is very talented. He took some slack for the way he defeated Witherspoon. He may need a couple more fights before taking on the top guys in the heavyweight division.

He did struggle with Kovalev's size which means he should probably stay away from more durable guys like Dmitry Bivol and Artur Beterveiv. The knockout shows that he can bring some power with him to the light heavyweight division. Kovalev was the perfect opponent and they knew that. It's likely he goes back down to 168 and 160 where there are some good matchups for him. If he beats a guy like Bivol or Beterviev then there is no way he can't be number 1.

Crawford is miles away from the number 1 spot. He's literally on the other side of the pond. Without being able to face guys like Errol Spence Jr, Shawn Porter, Manny Pacquiao, Keith Thurman, and Danny Garcia there's no way to tell how great he really is. His high ranking is speculation that he would beat almost every guy on that list. Until it actually happens, he can't move up.

I scored the Dervyanchenko fight a draw. Golovkin's best days seem to be fading away but we can't take anything away from Dervyanchenko performance. He gave Danny Jacobs hell too. Still, Golovkin only has about 4 fights left. He'll continue to move down the list if he doesn't start making this fights worth it. Kamil Szeremeta is up next, and it's pointless.

He struggled with Porter but who hasn't. Spence proved he has a chin, and that he can dig deep. I don't know how high his ceiling is...160? We won't need to know for awhile. There's plenty of fish at 147 still, including Terence Crawford.

He remains in this spot because there isn't anyone that deserves to be higher. Santa Cruz is barely fighting these days. When he does it's against over matched opposition. If he doesn't pick up the competition in 2020 he'll fall off this list.

Estrada continues to impress, and continues to fight. It's time to move up a division to continue his great run.

This might cause some controversy. He defeated three undefeated fighters in a row. Very good undefeated fighters. I don't know how he'll be in the divisions above him but right now he deserves recognition for winning the WBSS the way he did.