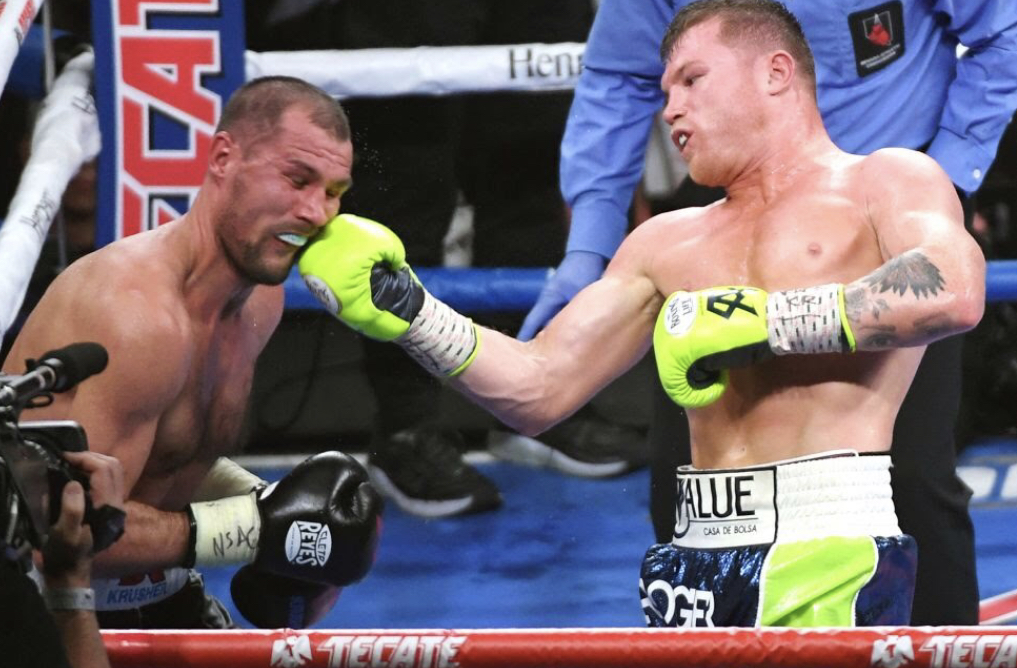 LAS VEGAS— Canelo Alvarez showed once again why he is the best fighter on the planet on Saturday night.

From the offset, two gameplans came into play. Kovalev steadily employed his jab from the outside and mixed it up on occasion, throwing a series of hooks. Canelo, on the other hand, had a gameplan that resembled more of an unfinished puzzle.

Kovalev seemingly swept the first three rounds behind his jab. Canelo spent that time feeling his opponent out and countering to the body.

One piece to the puzzle was whether Alvarez could get inside of Kovalev’s jab. The answer? Yes. Check.

The next step for Alvarez was to make up the deficit he accrued on the scorecards. For the next six rounds, there was really no debate on who was landing the cleaner, jarring punches — Canelo was doing the better work.

Sure, Kovalev was more active, but his punches were not deterring Alvarez at all. He cut off the ring, neutralized the jab, and connected hard to the body, which has been Kovalev’s kryptonite throughout his career.

Alvarez fought the perfect fight. They say in NASCAR, “Don’t use your stuff up on the first lap. Save your tires.” He saved his energy and his best laps for when it mattered the most, and it paid off in the 11th round, when a right hand hurt Kovalev. Alvarez then closed the show with a left hook and a brutal right hand that knocked his man out cold.

FightNights.com had the fight even going into the 11th round. On the official scorecards, two judges had Alvarez up a round, while a third judge had the bout even.

Alvarez proved again on Saturday why he is the most transcendent boxer of his generation. In a time where big fights are seldom made due to a plethora of conflicts, whether its different promoters or whether the event is going to make enough money for the head honchos to be pleased, Canelo doesn’t give a damn about that — he never has.

His promoters at Golden Boy did not want their star pupil fighting Gennadiy Golovkin once, let alone twice. It did not matter. While other fighters would be okay with their team stepping in to pursue an alternative route, Alvarez refused. In the end, he escaped with a draw and a majority decision victory in a Sept. 2018 rematch.

Success is about taking risks and executing, and Alvarez has done that and more. That is why he is the pound-for-pound king.