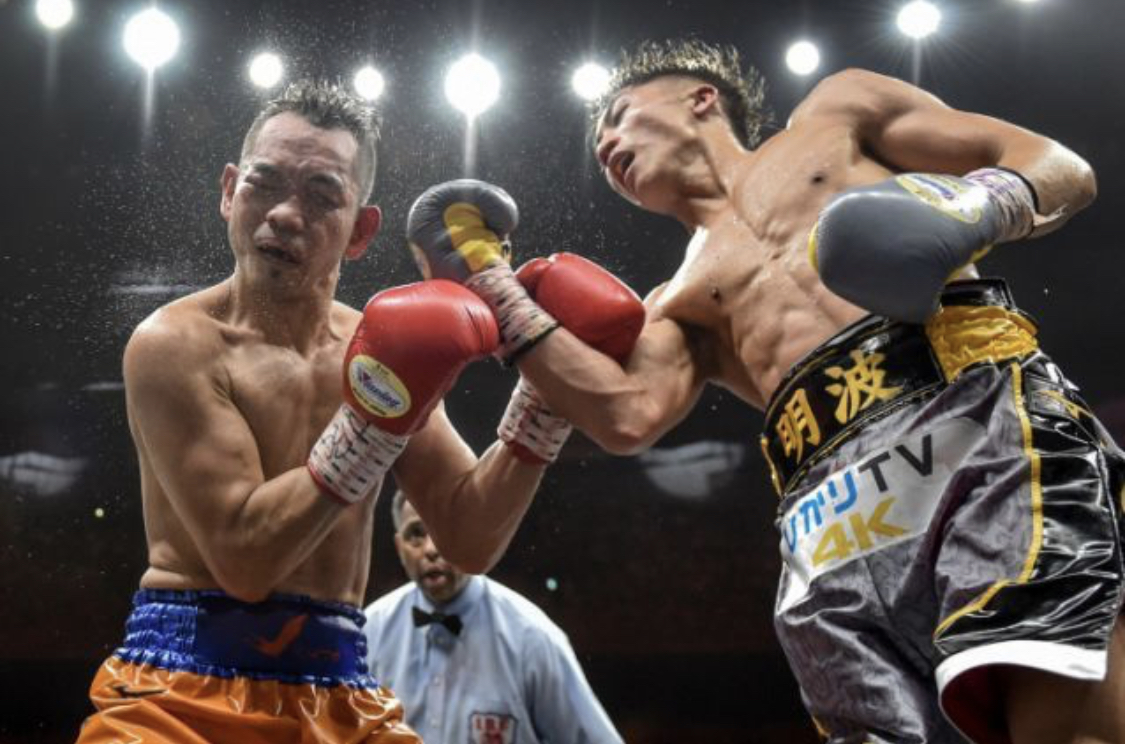 In his last three fights, Naoya "The Monster" Inoue has fought a combined four rounds, which included back-to-back first-round knockouts against solid competition. On Thursday morning (Saturday evening in Japan), he finally got his first real test against future Hall of Famer Nonito Donaire, and exemplified why he is the champion. Inoue overcame adversity on multiple occasions to unify two belts in the 118-pound division.

Inoue, who was legitimately hurt about four times in the fight and bleeding from a cut over his right eye and nose, scored an 11th-round knockdown to the body en route to a unanimous decision over Donaire before a sellout crowd of 20,000 at Saitama Super Arena in Saitama, Japan.

"Donaire was very, very tough for me," Inoue said through a translator. "I see Donaire as a true champion. He's very strong but I was victorious. I need to get stronger."

Immediately following the bout, it was announced that Inoue and Hideyuki Ohashi of Ohashi Promotions signed a multiyear co-promotional deal with Top Rank that will bring Inoue to the United States to fight on ESPN platforms beginning next year.

However, Inoue had to beat Donaire, who many expected to “humanize” him, to get the deal.

He got the job done, but it was not easy.

Inoue and Donaire traded heavy blows from the opening round to the final bell. But it was the Japanese superstar Inoue (19-0, 16 KO’s), 26, of Japan, also defended the WBA bantamweight title for the third time, while adding the IBF strap to his collection.

Inoue knocked Donaire off balance with a left hook in the second round. But Donaire came back later in the round to land a clean left hook that opened up a cut over Inoue’s right eye.

Inoue had double vision for the rest of the fight. In the third round, he started bleeding from the nose.

Inoue rocked Donaire in the fifth round with several menacing right hands. By the end of the seventh round, the marks began to show on Donaire’s face as his right eye was swelling.

Donaire rallied in the eighth round, reopening the cut over Inoue’s damaged right eye, which caused blood to pour profusely down his face. It was a series of left hands that did the work. Donaire continued his momentum in the ninth round, rocking Inoue with a massive overhand right that nearly floored him. However, Inoue showed great instincts and clinched to remain upright.

Inoue rebounded in the 10th round to hurt Donaire with an overhand right and followed up with a combination.

In the 11th round, Inoue countered Donaire beautifully with a left uppercut to the fish that badly hurt Donaire, who immediately turned away and jogged around the ring before going down to a knee.

After narrowly beating the count, Donaire came back to hurt Inoue before Inoue nearly decked Donaire again as the crowd went berserk in a clear frontrunner for Round of the Year.

They continued to go at it again in the 12th, but it was Inoue who got the better of the exchanges.

Former four-division world titleholder Donaire, 36, a Philippines native fighting out of Las Vegas, though far from his prime, gave it all he had. After dropping two weight classes to join the WBSS, it appeared that vintage “Filipino Flash” was making a comeback.

Although Donaire, who has won titles at flyweight, bantamweight, junior featherweight and featherweight, had not fought at 118-pounds in seven years, he became an early threat to win the Muhammad Ali Trophy. He stopped the now-retired Ryan Burnett in the fourth round due to an injury to win a world title in the quarterfinals in November and then scored a massive sixth-round knockout of late substitute Stephon Young, who replaced injured world titlist Zolani Tete, in the semifinals on April 27 to set up the bout with Inoue.

Win or lose, Donaire was already guaranteed a spot in the International Boxing Hall of Fame, but his performance against Inoue answered the social media button smashers who argued that he was anything but a slam dunk for the Hall.

Inoue is expected to fight three times in 2020, with two fights in the United States, and one in Japan.

Inoue is looking forward to the future.

"It is a tremendous honor to sign with Top Rank and to showcase my talents on ESPN," Inoue said. "I look forward to 2020. I've fought in America once before, and I look forward to doing so again in the very near future.”