Daniel Dubois to face Kyotaro Fujimoto on Dec. 21 in London 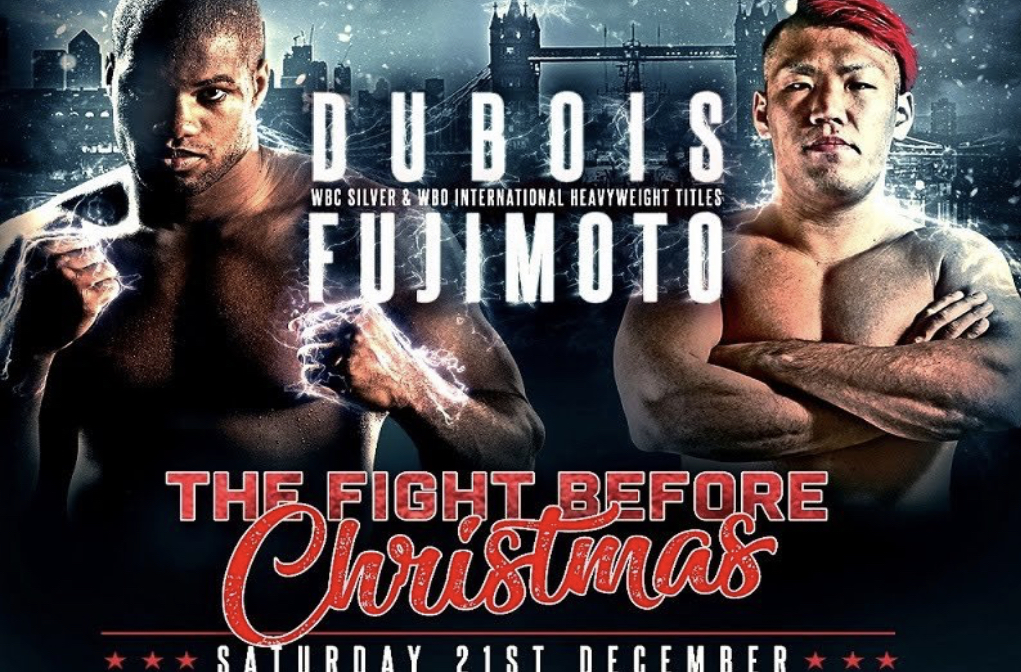 Heavyweight prospect Daniel Dubois will return to the ring to face Kyotaro Fujimoto on Dec. 21 in the main event of a card at Copper Box Arena in London.

The card, billed as “The Fight Before Christmas,” will be streamed live in the United States on ESPN+.

"I wanted to defend my British title, but no one would step up to fight me," Dubois said. "I want to be fighting world champions within the next 12 months, and when the opportunity to fight for the WBC silver title was made available, a belt that Dillian Whyte held until his last fight, I jumped at it. Fujimoto has a good rating and is a great stepping stone on my path to the top.

"He will have his own ambitions, and I know he was rumored before to be considered for a fight with Anthony Joshua, but I will be knocking that ambition out of him on Dec. 21st when I knock him out."

Dubois won the British version of the heavyweight title in July with a fifth-round knockout of Nathan Gorman. The victory against Tetteh earned him the Commonwealth belt.

Fujimoto (21-1, 13 KO’s), 33, of Japan, will be fighting outside of his native country for the first time in his professional career.

"This is all about continually increasing Daniel's experience levels against tough opposition," Warren said. "He has made huge and rapid strides in a short space of time, and Fujimoto will present the ideal and a legitimate test at this point in time. Daniel cannot afford to underestimate Fujimoto, and I am sure he won't.

The only man who has seen the final bell against Dubois is former world title challenger Kevin Johnson, who also went the distance with Hall of Famer, Vitali Klitschko back in 2009. Moreover, in four fights in 2019, Dubois has finished his opponent inside five rounds.

"It has been a big year for Daniel, and the combined record of his last three opponents stood at 49-1 before coming up against our man and Daniel completed his work in under 10 full rounds of action."

A news conference to officially announce Dubois-Fujimoto is set for Monday.