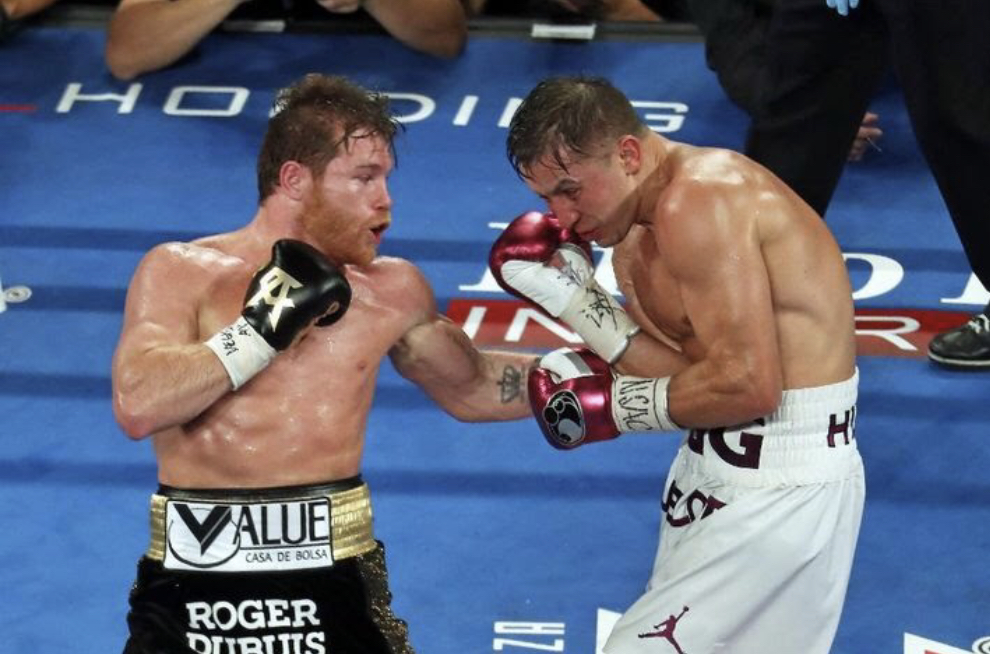 The time to make the trilogy fight between Canelo Alvarez and Gennadiy Golovkin is now.

Golovkin outpointed Sergiy Derevyanchenko on Oct. 18 to win a 160-pound world title in a brutal fight, but some ringside observers even had the Ukraine native winning the bout.

Golovkin trains in Big Bear, California, where athletes flock for altitude training, but there are risks to consider when you take into account one’s age. For example, muscle loss and increases in red blood cells lead to thicker blood, meaning the heart has to work harder.

Since leaving trainer Abel Sanchez for Johnathan Banks, Golovkin has been noticeably slower, less effective, and although his defense has never been a particular strong suit, he has been getting hit much cleaner, even by the likes of Steve Rolls.

FightNights.com asked Banks whether moving camp to lower elevation would be an option for his next fight.

“I allow my fighters to choose where they have camp so they can have some type of comfort an peace while in camp,” Banks said.

It sounds like Banks doesn’t have much of a say. The disorganization amongst Golovkin’s camp could mean a perfect opportunity for Alvarez to pounce.

Golovkin’s struggles against Derevyanchenko are certainly a good sign for Alvarez. Although he has repeatedly dismissed the idea of a third fight with his biggest rival, Alvarez said he would consider a trilogy fight if it made financial sense.

Canelo-Kovalev, though an entertaining fight, struggled at the box office, generating just $8.173 million, and selling around 10,000 tickets. That is not exactly a poor number for the average world champion, but when you consider that DAZN signed Alvarez to a 5-year, 11-fight deal worth $365 million, now it is a different story.

DAZN undoubtedly lost money on that fight. Regardless of how popular a fighter is, the fans control the market. Even Floyd Mayweather Jr. had a poor pay-per-view showing. The 550,000 subscriptions for his 2015 welterweight title defense against Andre Berto were the equivalent of a box-office bomb — at least for his standards.

When John Skipper was hired by DAZN to become Executive Chairman, he was brought on for one reason and one reason only — make Canelo-Golovkin III.

He blew it by caving in to Alvarez and not having final say on his opponents. In the process, Canelo did the exact opposite of what the network wanted, which ended any hope of the trilogy bout taking place in September, which would have led to a further inundation of subscribers to the streaming service.

Since then, DAZN has had to find alternative measures to raise revenues. They have already raised the price of their monthly and annual subscriptions. Canelo-Kovalev was also a creative way to get more subscribers, but it failed for a variety of reasons.

First and foremost, the fans wanted the Canelo-Golovkin trilogy. There have been two bouts with two inconclusive results. Boxing fans are a picky bunch. Spend a few moments on social media and you will understand.

Secondly, there are smart fans out there. This wasn’t the same Kovalev that was knocking everyone out at 175-pounds from 2013 to early 2016. This was a shopworn version of the “Krusher.”

Once DAZN received early indications that perhaps Canelo-Kovalev isn’t going to be as big as we once thought, they had to generate another idea to gain subscribers — delay the main event for an hour and 35 minutes.

There was a 95-minute interval between when Ryan Garcia iced Romero Duno in a single round and when Canelo-Kovalev began. This was the result of an agreement made between DAZN and UFC (ESPN+) to ensure their respective main events would not coincide. This was not done out of mutual respect, but due to a potential opportunity to get more people to subscribe.

In the end, the decision caused much backlash, and fans inside MGM Grand, along with those watching on their devices around the world, were seething in anger as they were treated to a scintillating spectacle, which consisted of two world champion fighters taking naps in their dressing room.

DAZN is desperate to make money and even if Canelo-Golovkin III takes place next September and is a financial success, that still leaves around six fights on Alvarez’s contract.

The first fight, which ended in a controversial draw, generated 1.3 million pay-per-view buys, while the second, a majority decision for Alvarez, brought in 1.1 million.

DAZN needs the third bout, but even if it does well, they may still have to consider price increases, and pay-per-views, similar to ESPN+, in the future.