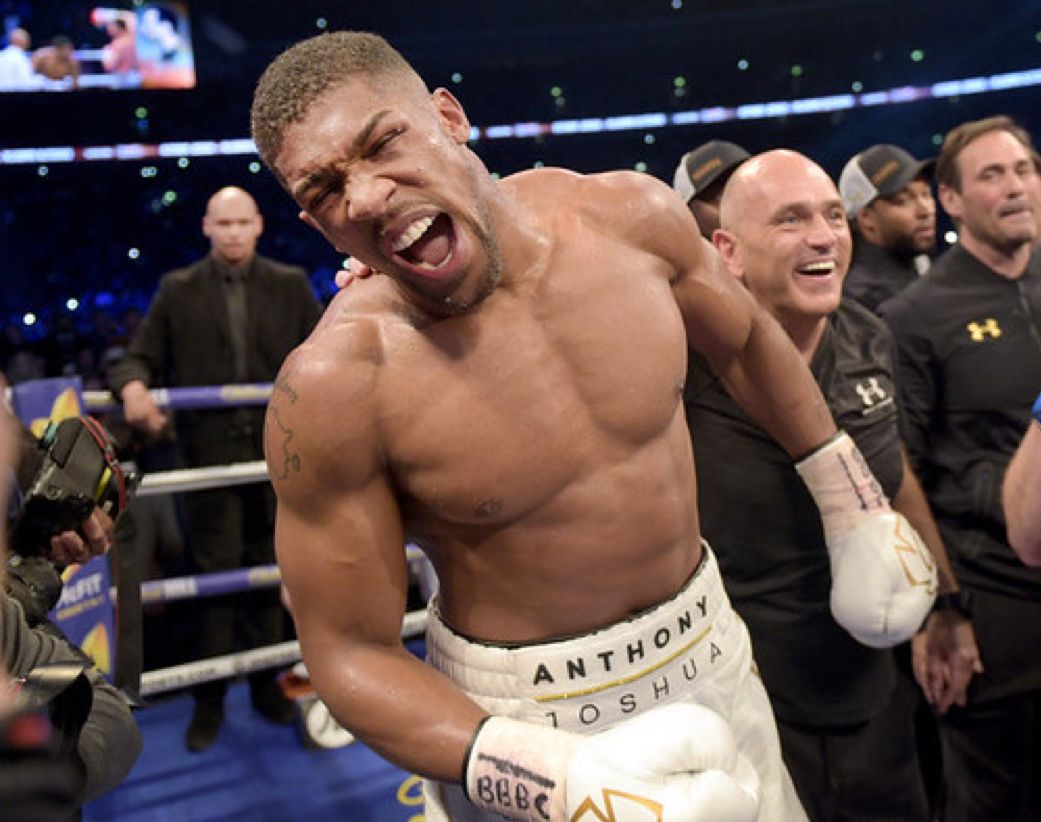 Boxing is a sport that is legendary for tall tales about the prowess – or otherwise – of pugilists in sparring. Reports of big knockouts and ferocious shows of power are commonplace, and whether those are truthful or merely an attempt to unsettle an opponent – or boost the confidence of the fighter in question – can only be judged on a case-by-case basis. However, a trusted, third party source has come out publicly and claimed that Anthony Joshua is fully focused and ‘raring to go’ ahead of his much-anticipated rematch with Andy Ruiz Jr in December. Dereck Chisora, himself buoyant after a clinical KO victory over David Price last time out, has been in Sheffield sparring with AJ before he heads out to the Middle East for his training camp ahead of the December 7 date in Riyadh, Saudi Arabia.

And Chisora’s manager, David Haye, claims his fighter has reported back that Joshua is in fine fettle ahead of his must-win return against the Mexican.

“….he's [Joshua] still punching damn hard as well as being quick on his feet. Apparently, AJ is fully focussed and right back into his boxing,” Haye said.

He also noted that the 30-year-old has trimmed down his usually ripped physique for something leaner and meaner, and that could hold the key to a revenge victory next month. If he is able to be lighter on his feet and more evasive, Joshua can get out of reach of Ruiz Jr, who is a powerful adversary when boxing on the inside with plenty of ramrod style power from his relatively short reach.

But if AJ can go long and fire off hurtful two and three-punch combinations, he can look to gas the Mexican out of the contest on his way to securing a late stoppage victory. The sportsbooks aren’t reading too much into the first fight between the pair, with Joshua a -275 favorite to clinch an immediate revenge win, and most betting tips and predictions are of the opinion that if Joshua can shake off the demons of defeat in Madison Square Garden, he will run out a comfortable victor in the rematch.

Unsurprisingly for a sport where your opponent is trying to win through physical strength, boxing is as much as the mental approach as it is the physical. Eddie Hearn, Joshua’s promoter, claimed that his man ‘wasn’t war ready’ before the first fight, while former ‘baddest man on the planet’ Mike Tyson has said that AJ will need to face up to his demons if he is to get his career back on track in Saudi Arabia.

The notion of the rematch is an interesting one from a psychological perspective. Joshua must have felt invincible given his flawless record up until his bout with Ruiz Jr, although his bubble was well and truly burst when he was laid out on the canvas in New York back in the summer.

When he looks across the ring to the Mexican on December 7, will he see an opportunity for immediate redemption….or a devilish tormentor?

There are precedents in the heavyweight division – Lennox Lewis avenged his shock defeat to Hasim Rahman with a fourth-round knockout barely six months later – and it is that path that the Englishman will be looking to follow. If Joshua doesn’t take Ruiz seriously, or holds any fear and fights on the back foot, his career at world level could be over.