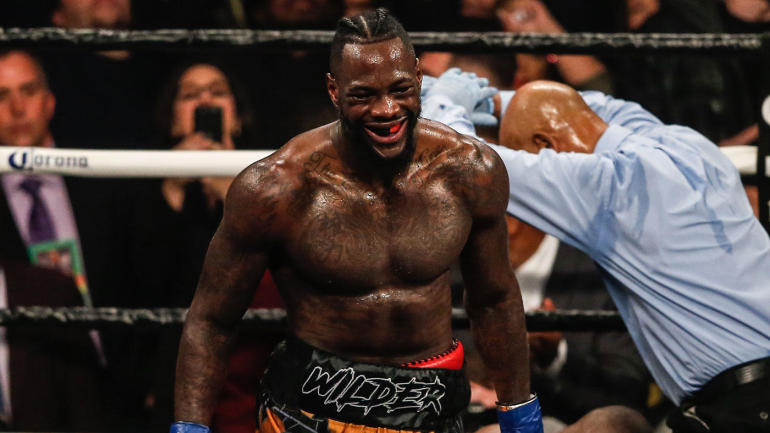 It's been a stacked end of the year for boxing and the big fights keep on coming as Christmas approaches. Fans have been treated to a host of Fight of the Year contenders, thrilling World Boxing Super Series finals and high-profile world title unification bouts in recent weeks. It's soon time for the heavyweights to take center stage once again, with two huge rematch clashes in boxing's most illustrious division coming up on the horizon.

First up is the second meeting between WBC heavyweight king Deontay Wilder and Luis Ortiz, which is scheduled for November 23rd in Las Vegas. Meanwhile, England's Anthony Joshua will look to avenge his stunning defeat back in June when he collides with now unified champion Andy Ruiz Jr on December 7th.

The immediate focus is on Wilder and Ortiz though, as the pair of hard-hitting heavyweight sluggers prepare to do battle once again at the MGM Grand Garden Arena in Sin City. It's the Cuban heavyweight challenger who will take to the ring as a dangerous 9/2 underdog with Paddy Power in the Ortiz vs Wilder odds, as he aims to prevail at the second time of asking against the American champion.

Meanwhile, the reigning and defending WBC heavyweight title-holder is regarded as the odds-on 1/7 favorite to once again overcome Ortiz and maintain his impressive unbeaten record as a professional prizefighter. Wilder has a history of earning success in devastating fashion in a past rematch. He was taken the distance for the first and only second time to date in his professional career back in 2015 by Canadian contender Bermane Stiverne at the MGM Grand.

But the fearsome American puncher made quick work for his rival in their second meeting two years later at the Barclays Center in New York City. The unbeaten world heavyweight champion was at his ferocious best as he blew Stiverne away in the opening round with three knockdowns before referee Arthur Mercante was forced to intervene and call a halt to the one-sided proceedings.

Wilder followed that up with yet another huge stoppage success on his return to the Big Apple, as he dispatched upcoming rematch opponent Ortiz inside 10 dramatic rounds. But the 34-year-old was forced to dig deep and fight for his eventual victory, perhaps for the first time in his career in the paid ranks. The former Olympic Bronze medallist was rocked during proceedings and looked to be on his way to a shock first defeat but he was able to somehow survive the onslaught from Ortiz, who seemingly blew himself out in going for the finish.

Wilder bounced back like a champion and secured the most impressive win of his career to date. A controversial draw with English fighter Tyson Fury followed in what was another entertaining clash last year, before pummelling compatriot Dominic Breazeale in another first-round KO in May 2019. A rematch with Fury is reportedly set to come to fruition early next year but Wilder must first deal with the threat posed by Ortiz on November 23rd and can't afford to take his eyes off the task at hand in Las Vegas.