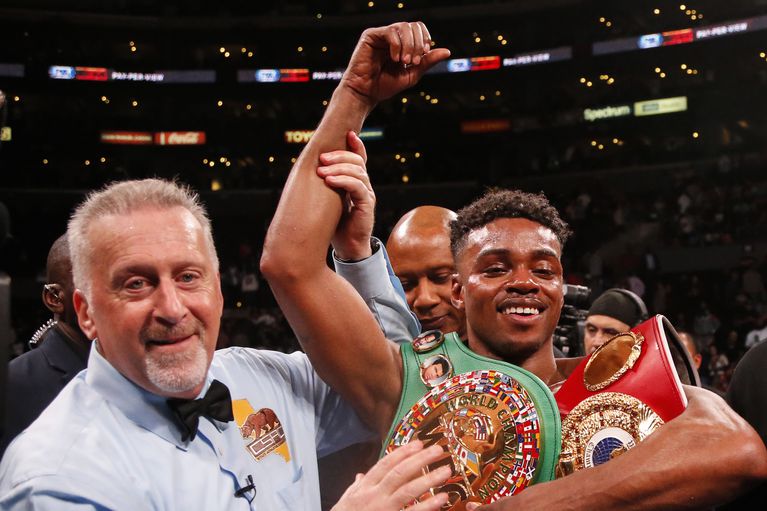 Unified welterweight world titleholder Errol Spence Jr. is getting off with a slap on the wrist.

Spence was intoxicated when he crashed his Ferrari at a high rate of speed in a one-car wreck on Oct. 10, and suffered some broken teeth and multiple facial lacerations.

According to court documents obtained by FightNights.com, Spence's case has already gone through the courts, and the 29-year-old has received probation.

Driving while intoxicated is a Class B misdemeanor in Dallas.

Spence, of the Dallas suburb Desoto, was not wearing a seatbelt when his car veered left over the center median into the southbound lanes before spinning, flipping, and ejecting Spence.

Spence (26-0, 21 KO's), scored the most significant victory of his career just 2½ weeks prior to the wreck on Sept. 28, when he won a split decision against Shawn Porter to unify two 147-pound world titles in a pay-per-view main event at Staples Center in Los Angeles in an action-packed bout.

FightNights.com reported on Wednesday that Spence is aiming to return to the ring in late March.

The original plan was for Spence to defend his titles against former two-division world champion Danny Garcia on Jan. 25.