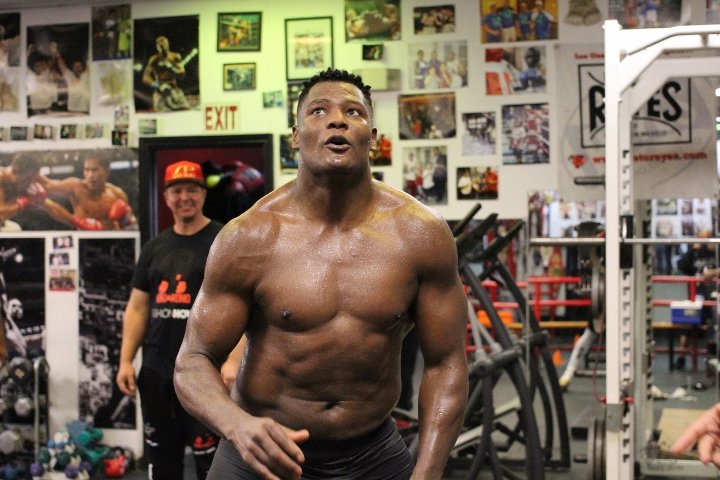 Luis Ortiz is full of respect for upcoming opponent Deontay Wilder but is keen on proving that he’s the better fighter of the two, having already lost to the latter back in March of last year.

The Cuban has reason to believe he can topple the “Bronze Bomber” this time around. He came within a few blows of defeating Wilder last year before the champ rallied back to claim a TKO victory in the 10th round of the match. And he says he knows he’s capable of becoming the first to deal the American a loss.

“I know I have what it takes to beat him,” he told Boxing Scene this week. “I was a few punches away from ending the fight, so I’m confident in that regard. On the other hand, it’s frustrating because I know I could have done some things different going into the fight that would have given me a better chance to finish him off.

“My desire and hunger to prove I’m the better fighter is playing a big role in me mentally. He’s the best heavyweight in the world and I had him hurt. I know the damage I can do and I plan on doing it again.”

With the two set to go toe-to-toe this coming Saturday, Wilder is favoured to win at 1/7 with Bet365, who are offering 9/2 on an upset, while Ladbrokes have 33/1 odds going on a draw. It’s also worth noting that fans in England will be treated to a UK boxing update with betting predictions at freebets.co.uk every week.

Punters looking to bet on the method of victory could grab 11/2 odds on Ortiz winning by KO, TKO or Disqualification from Betfair; Ortiz by Decision or Technical Decision is 16/1 at Paddy Power. William Hill have 1/3 odds going on Wilder winning by KO, TKO or Disqualification and Betfair’s also offering 2/1 odds on either fighter getting knocked down during the contest.

Ortiz is confident in his ability to hurt Wilder despite being fully aware of the damage his soon-to-be opponent is capable of inflicting.

“I wanted to knock off the best heavyweight in the world, who is Wilder. That’s why I took the fight,” he added. “I’ve said it before and I’ll say it again, Wilder is the best heavyweight of this era. Until someone beats him, he’s the best. Joshua got exposed, and Ruiz has problems with movement. Usyk is untested.

“Wilder is a great all-around fighter. He’s got speed, power and his length is very difficult to handle. In addition, he’s got tremendous heart. There is no quit in him. No one has beat him. But I know I can hurt him and that’s all I need to know.”

The Cuban won 28 straight fights before his disappointing loss to Wilder early last year but has since strung some confidence-boosting wins together. He hasn’t beaten a top-10 challenger since Bryant Jennings in 2015 but that could change when he gets in the ring on Saturday.

The 40-year-old is three inches shorter than the 6ft 7in American and his 78-inch reach is five inches shorter as well. Following an intense training camp, though, he’s feeling quite optimistic over his chances.