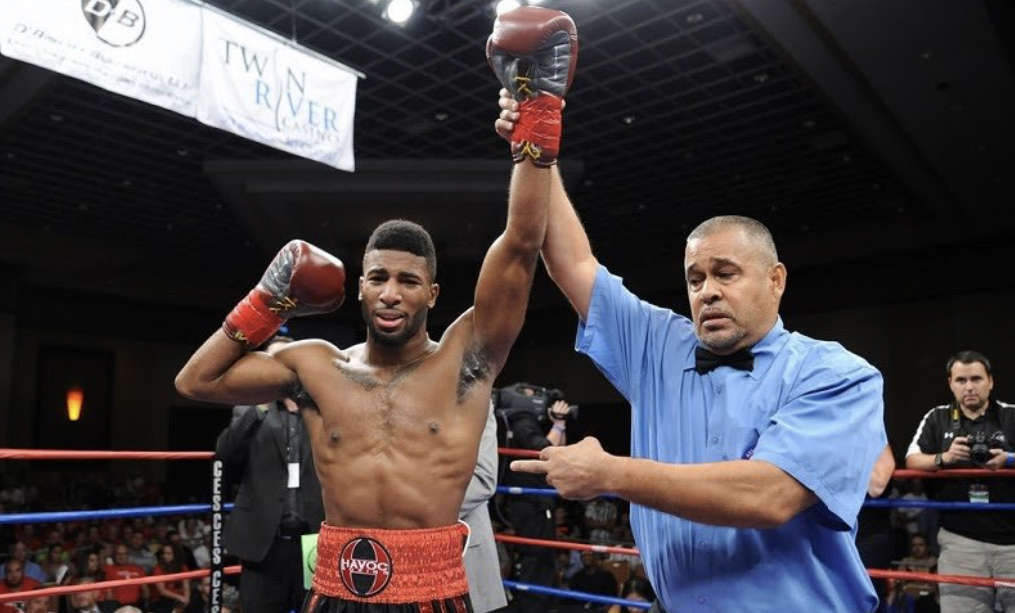 Khiary Gray got his Thanksgiving game off to an early start, but he wasn’t feasting on any turkey.

Gray was charged with assault after serving up a cold dish of fist to a man outside a nightclub in his native Worcester, Massachusetts.

The incident, which occurred on Nov. 10, took place outside Dubai Restaurant & Lounge.

Gray (16-5, 12 KO’s), 27, was released on $1,500 bail Monday after being held on charges of assault and battery with a dangerous weapon, unarmed robbery, assault, and battery.

Police allege that Gray and three others were involved in an altercation and robbed the victim after he was knocked out.

Surveillance shows three men - but not Gray - beating the victim while he is down.

Authorities do not suspect at this time that Gray is involved in any type of gang.

Gray has not fought since suffering a sixth-round stoppage at the hands of former 160-pound world title contender Gary O’Sullivan in March.