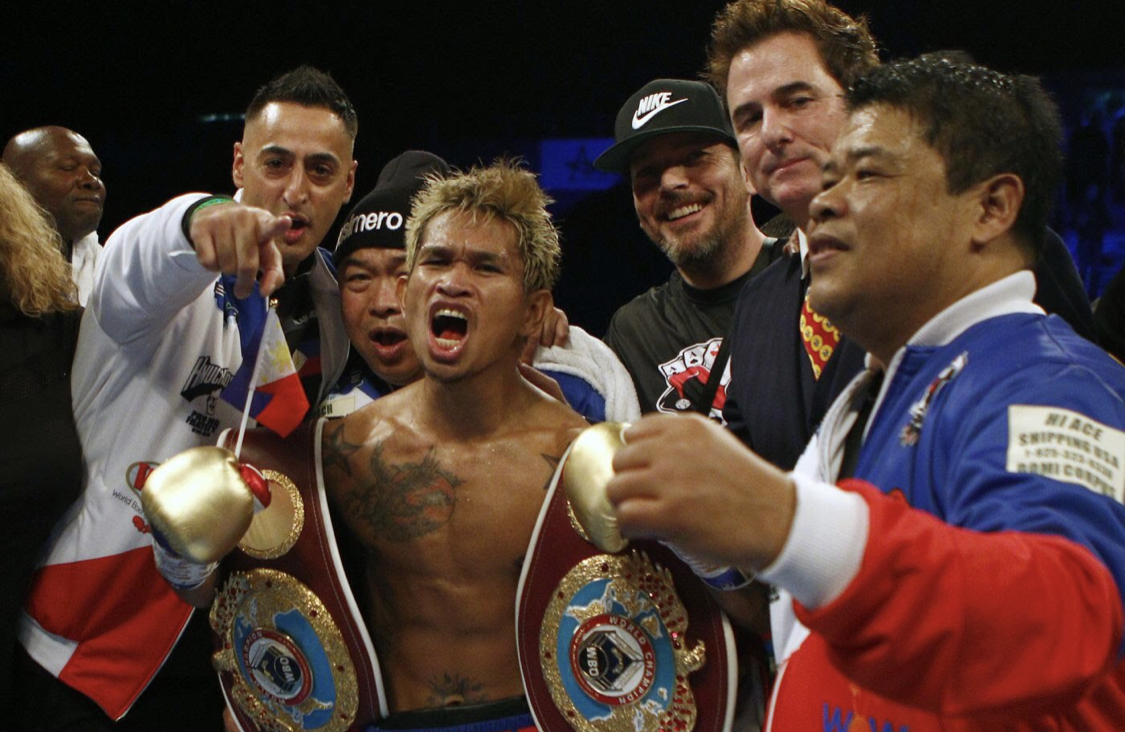 The 30-year-old became the fourth Filipino fighter to win world titles in at least three weight classes after knocking out Zolani Tete in the third round on Saturday in Birmingham, England to win the WBO bantamweight title.

The other Filipinos to win world titles in at least three weight divisions include names like Manny Pacquiao, Nonito Donaire Jr., and Donnie Nietes.

Casimero (29-4, 20 KO’s), 30, of Ormoc City in the Leyte province, who previously held world titles at 108 and 112-pounds, sent Tete tumbling to the canvas for the first time with a short right hook to the chin that caught the South African flush. Tete never recovered.

The fight should have been waved off, but referee Steve Gray allowed the fight to continue, and moments later, Casimero drilled Tete with a left hook that sent him face-first into the ropes. Gray then stepped in to halt the action.

Casimero won his first title as a junior flyweight in 2012, when he traveled to Argentina, where he knocked out Luis Alberto Lazarte. Then, after moving up to 112 pounds, Casimero was outpointed by Amnat Ruenroeng in June 2015. However, in a subsequent rematch, Casimero avenged his loss in devastating fashion with a fourth-round knockout of the previously unbeaten Thai in China.

Casimero, who was Tete’s mandatory challenger, earned his shot by scoring a 12th-round knockout of Ricardo Franco to win the interim title.

Tete (28-4, 21 KO’s), 31, was over a year removed from his last fight. Just days before he was set to fight Donaire in a world title unification fight as part of the World Boxing Super Series, he withdrew as a result of a right shoulder injury.