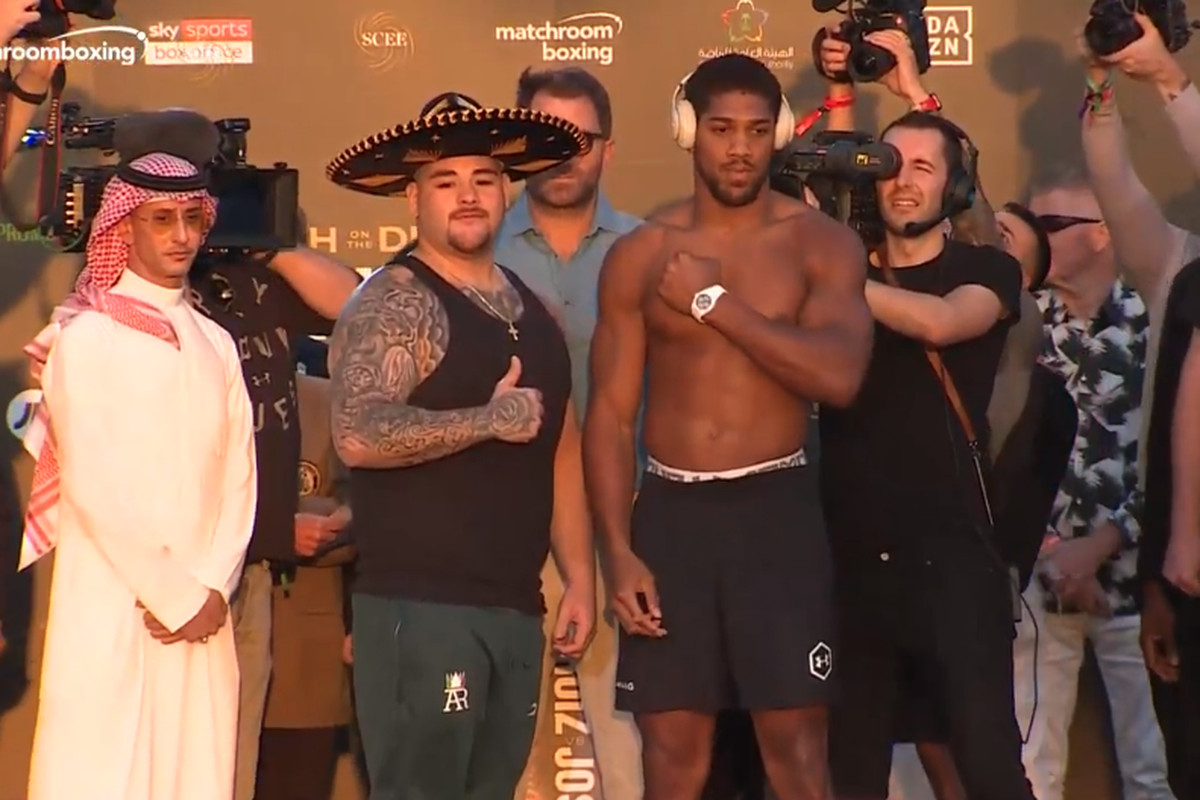 At this point, it's the only question worth asking: Who will win Saturday's heavyweight world title bout between Andy Ruiz Jr. and Anthony Joshua at the Diriyah Arena in Saudi Arabia?

Ruiz (33-1, 22 KO's), rose from the deck in the third round to defeat Joshua by seventh-round TKO in June to win three heavyweight world title belts at Madison Square Garden in New York. Joshua (22-1, 21 KO's) was down four times in the fight, twice in the third round, and twice more in the seventh before the fight was stopped.

I expect Joshua to try and outbox Ruiz from the outside, but I don't think he will be able to pull off a Wladimir Klitschko-esque performance. Ruiz has the faster hands and is more fluid than A.J.

I’m leaning towards Andy because I think AJ has no chin but I think Ruiz might be less focused.

I'm going with Anthony on this one. I think he underestimated this guy last time and I think he's going to be sharper and more alert and fight a much better fight.