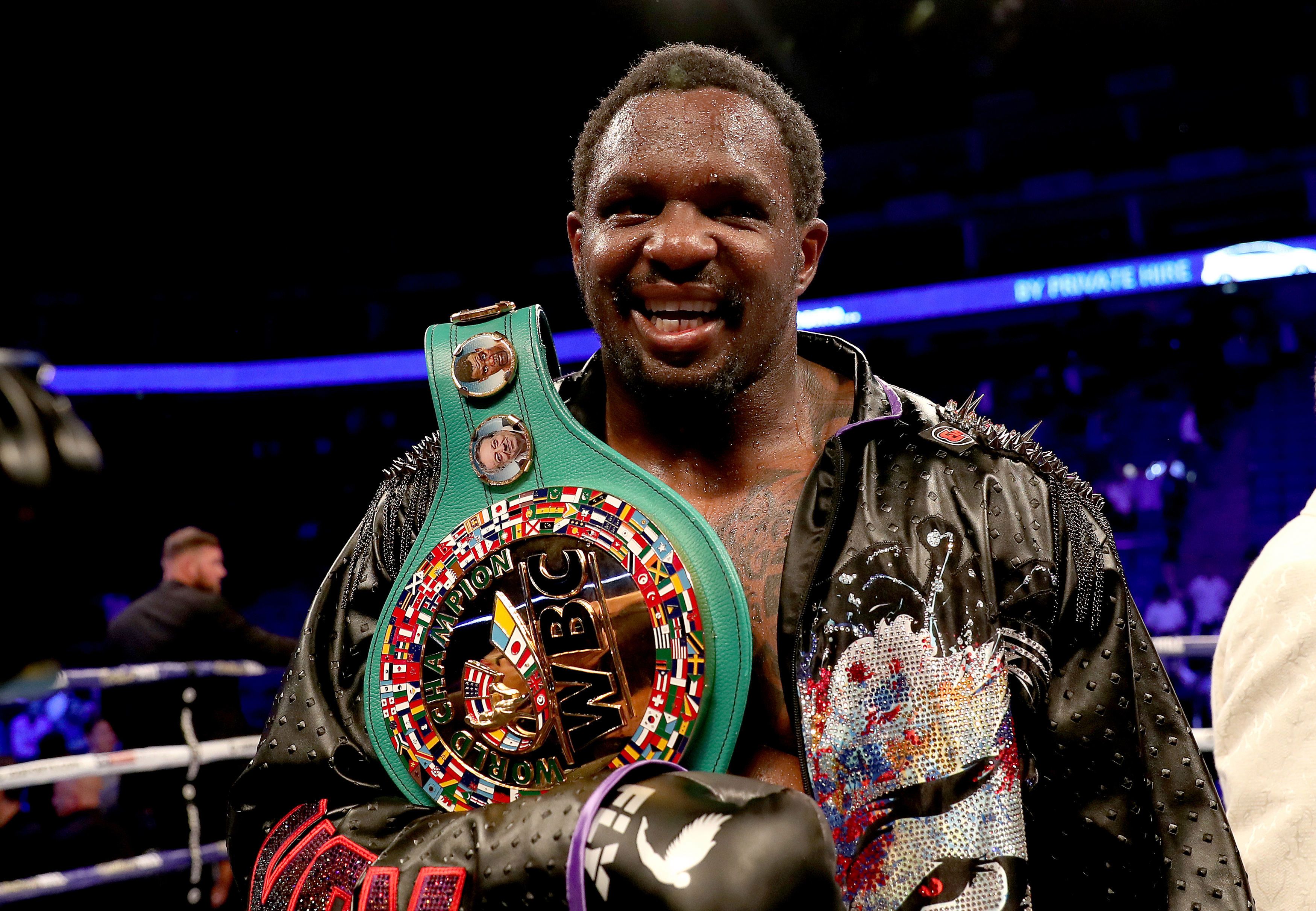 Dillian Whyte, who was cleared of a doping violation last week, was reinstated as the WBC's interim heavyweight world titlist on Wednesday.

Last week, United Kingdom Anti-Doping (UKAD) announced that it had withdrawn a doping charge against Whyte, a ruling that came a day before Whyte (27-1, 18 KO's), 31, of England, defeated former world title challenger Mariusz Wach by unanimous decision on the undercard of the heavyweight title rematch between Andy Ruiz Jr. and Anthony Joshua at Diriyah Arena in Diriyah, Saudi Arabia.

Whyte was added to the card just weeks earlier, although his doping case had yet to be resolved.

Whyte recovered from a ninth-round knockdown to outpoint Oscar Rivas in July to win the vacant WBC interim heavyweight belt. Whyte was permitted to fight by British regulators despite having tested positive for the banned steroid Dianabol the week of the fight. Rivas and his team were never told about the failed drug test.

UKAD absolved Whyte of any responsibility on Friday.

"Having rigorously scrutinized and investigated the detailed factual and scientific evidence provided by Mr. Whyte, UKAD is satisfied that the presence of the very low amounts of metabolites in his June 20, 2019 sample was not caused by any fault, negligence or wrongdoing on Mr. Whyte's part and, given the circumstances, could not have affected the fight between Mr. Whyte and Mr. Rivas," UKAD said in their statement.

On Wednesday, the WBC also cleared Whyte and reinstated him as their interim champion.

"In light of that adverse finding, and pending the outcome of the WBC's own investigation and adjudicatory process, on July 30, 2109, the WBC provisionally suspended its recognition of Dillian Whyte as WBC interim world heavyweight champion and mandatory challenger of the division," the WBC said. "On December 6, 2019, UKAD made a public announcement withdrawing its charge against Dillian Whyte. Based on limited but detailed research and information gathering, including the WBC's consultation with two independent experts, the WBC found that there was no sufficient or conclusive evidence that Whyte intentionally, or even knowingly, ingested a banned substance with the purpose of enhancing his performance in any fashion.

"In light of the WBC's own finding and of UKAD's withdrawal of the claim against Mr. Whyte, the WBC has closed its internal investigation. The WBC is hereby lifting its provisional suspension and confirming its recognition of Mr. Whyte as WBC interim world heavyweight champion."