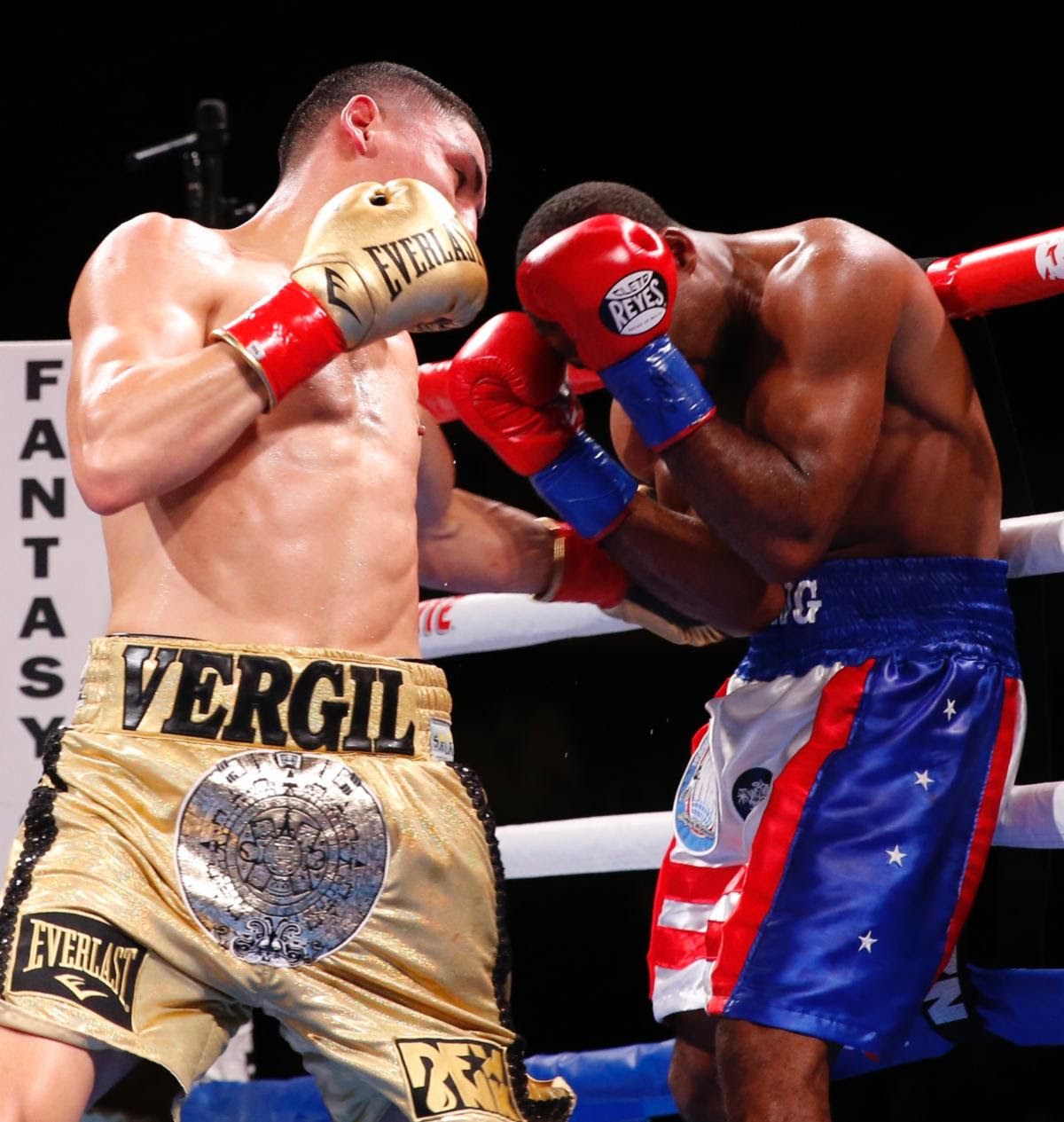 INDIO, CALIF. (Dec. 13, 2019): Vergil Ortiz Jr. (15-0, 15 KOs) of Grand Prairie, Texasended the 2019 year with another spectacular knockout win to successfully defend his WBA Gold Welterweight Title against Brad "King" Solomon (28-2, 9 KOs) of Douglasville, Georgia. The fight was stopped at 2:22 of the fifth round. The event took place Friday, Dec. 13 at Fantasy Springs Resort Casino in Indio, Calif. and was streamed live on DAZN.

"I have to give him [Solomon] some credit," said Vergil Ortiz Jr. "He's difficult to figure out and made me use my brain. I tried to take my time, and not rush things. I had to utilize my jab, figure out the right time to throw a punch. I think I tripped with him with my foot, so I'll give him the benefit of the doubt. He came to fight."

"I shouldn't be chasing on the ropes like that. He let his guard now. Luckily, I did throw the right punch and hurt him. I knew he would be a tough cookie to break. Luckily, I have a good team behind me and all my smarts. I felt I was very patient, and needed to pick it up, can't lay low. I did a good job. I would say high B or A on this one."

In the co-main event, Alberto "Explosivo" Machado (22-2, 18 KOs) of San Juan, Puerto Rico stopped Luis Porozo (14-2, 7 KOs) of Santo Domingo, Ecuador via knockout in the second round of a 10-round lightweight fight. Machado won with time of 2:59 of the aforementioned round.

On the 3rd knockdown: "It's a shot we were working on in camp," Alberto Machado."He was a fighter that would open up, so we worked on that in camp, going to the body. They told me to put my hands up, be more passive with my offense, throw my jab more, and as you could see he had a chaotic style. Thank god we got the victory we were looking for."

"No because I actually was trying to land to the head, but saw the opportunity to the body, so took advantage of it. I was landing that good hand. I only had ten seconds till the end of the round, so wanted to end on a good note, and threw my hands, and got the win."

On his performance: "I think I did well, made good adjustments. He's a good fighter, I know the style he has. I think I did well because of the adjustments I made. I'm happy I ended the year on a positive note with the victory. I've been through very difficult situations that all of us boxers go through, some changes in camp, and in my weight. I'm ready for this division and the big challenge. I'm ready for another big fight against a former world champion, Mexico vs Puerto Rico, come on Francisco Vargas, let's do it."