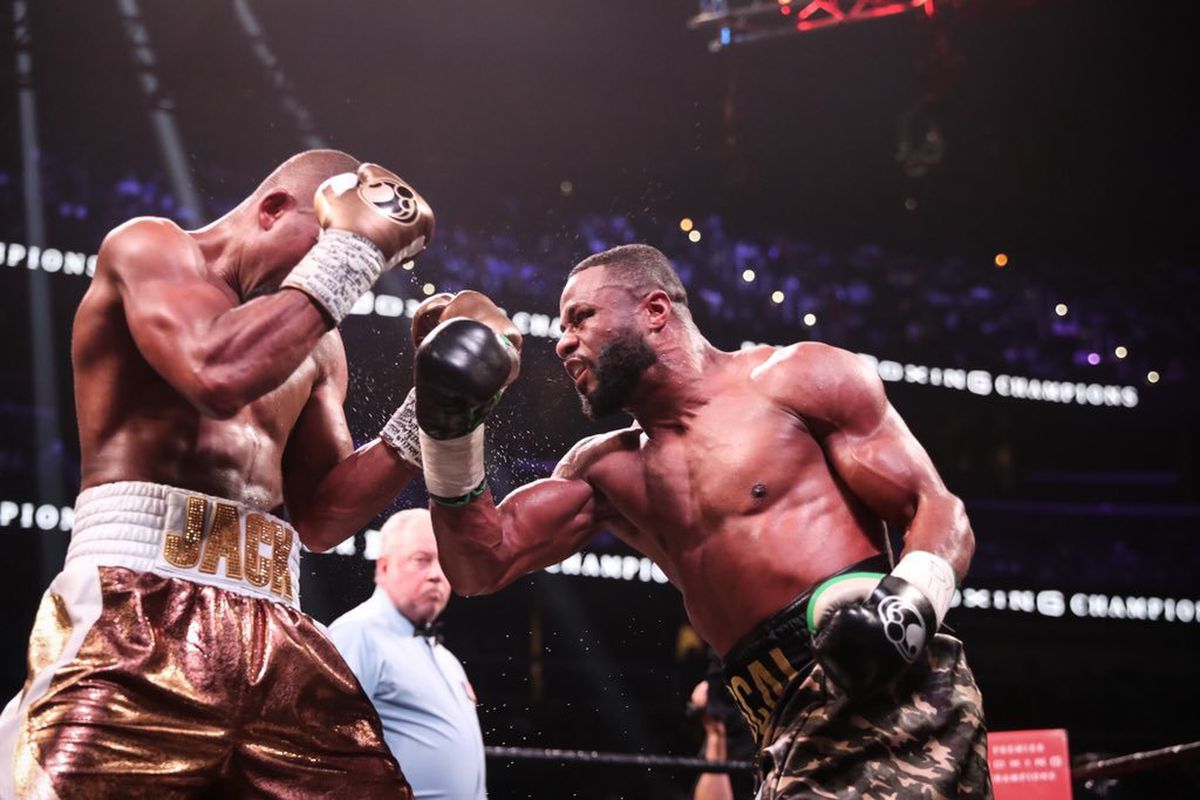 But it was Pascal, who was dropped in the 12th round, who won by split decision to retain his 175-pound belt.

Pascal earned two scores of 114-112 with Jack getting the edge by the same score on the third card. Pascal dominated the first half of the fight, while Jack, as he normally does, got off to a slow start, and had a late resurgence.

"I won this fight," Pascal said. "It was a close fight, but I won it. Badou is a great fighter but no one can say he was robbed. I won that fight. I'm the champ. I think I was in control the whole fight. I kept the middle of the ring most of the time."

Jack did not agree with the outcome, but was not bitter about it.

"Of course, I feel I won the fight, but it is what it is," Jack said. "He's got a hell of a chin, he's a tough warrior and I want to thank him for the opportunity."

Pascal scored an upset decision over Marcus Browne to win a vacant interim world title in August before being elevated to a secondary titlist in October -- Dmitry Bivol has the "Regular" title -- and made his first defense against Jack, in what turned out to be one of the most action-packed fights of the year.

Jack hurt Pascal (35-6-1, 20 KO's), 37, of Montreal, with a right hand early in the fourth round that forced the gritty veteran to clinch. Jack continued to outwork Pascal, but in the final seconds of the round, was drilled with a hard right hand on the temple that sent him stumbling across the ring before he went down.

"I think he caught me up here (on top of head)," Jack said. "I didn't really see the punch. I wasn't that hurt but it was a good punch."

The former two-division world champion Jack (22-3-3, 13 KO's), 36, a Sweden native based in Las Vegas, dictated the pace in the second half of the fight, which was apparent in the eighth round as Jack ripped Pascal to the body and the head with powerful right hands.

In the 12th round, a series of right hands from Jack buzzed Pascal, who eventually went sprawling through the ropes for a knockdown. But Pascal rose to his feet and fought back as Jack continued to pound him in an all-out war.

"I can finish every round very strong," Pascal said. "I'm a strong, pressure fighter. Badou - thanks for the fight. I know the crowd enjoyed the show."

Jack was fighting for the first time since losing a unanimous decision to Browne for a vacant interim title in January, in a fight in which Jack suffered a horrendous vertical cut in the center of his forehead from an accidental head butt in the seventh round. The cut required 75 stitches to close.

Jack said he would love to have another chance to regain the title.

"I thought I was winning but maybe I'm wrong. I would love a rematch," he said.

When asked if he would offer Jack a rematch, Pascal immediately responded, "Any time."