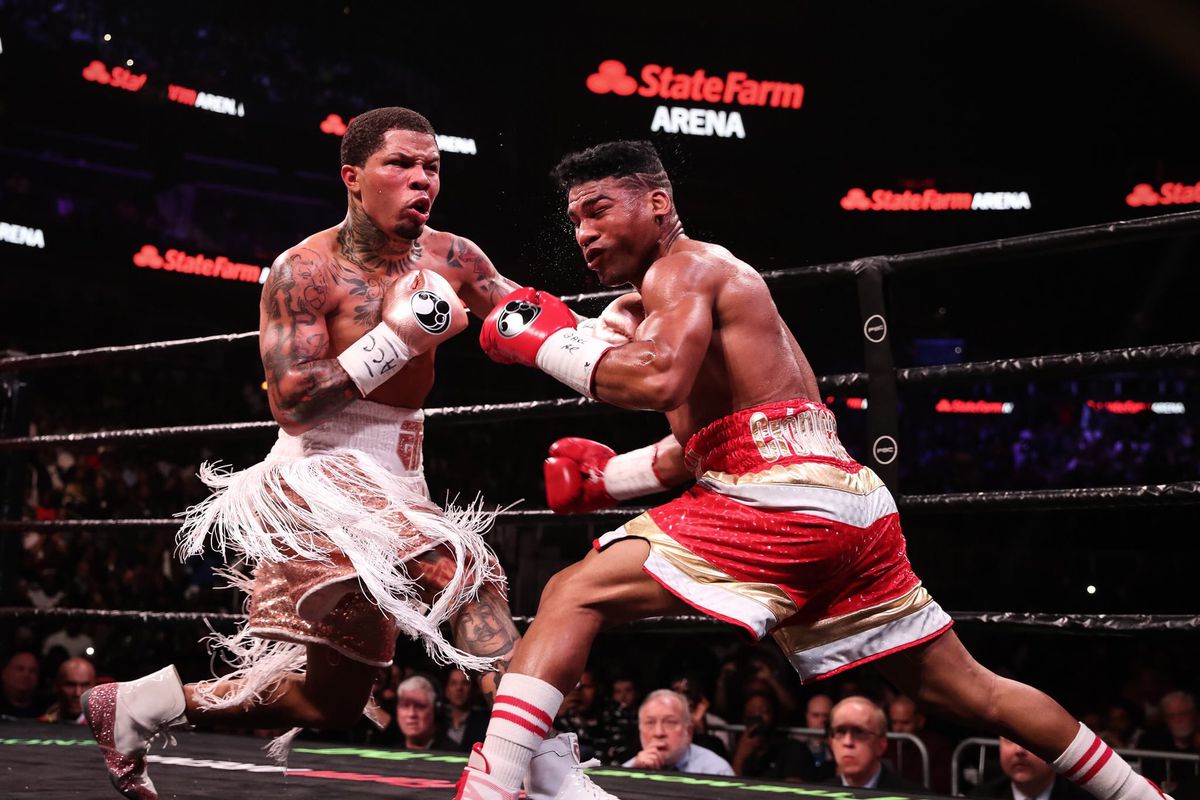 ATLANTA – Gervonta "Tank" Davis struggled to make weight on Friday in his first bout as a 135-pounder, but won a belt in a second weight division anyway, dropping Yuriorkis Gamboa three times en route to a lopsided 12th-round knockout victory on Saturday night at State Farm Arena in Atlanta, which had not hosted a world title bout in over two decades.

Although Davis was in control of the fight from the outset, it was shocking that Gamboa, who is far past his prime and was hampered by an apparent lower body injury, was able to fight into the final round. Gamboa was knocked out in his two previous defeats by three-division titlist Terence Crawford in the ninth round of a lightweight title bout in 2014 and in the seventh round by journeyman Robinson Castellanos in 2017.

Davis (23-0, 22 KO's), a 25-year-old southpaw from Baltimore, who went past the ninth round for the first time in his career, scored knockdowns in the second, eighth and 12th round, but graded his performance, which was seen by 14,129 fans in attendance, as average overall.

"I believe my performance tonight was a C-plus," Davis said, knowing he was expected to dismiss Gamboa much earlier. "It was a great experience. I'm only 25 years old. I'm learning each and every day.

Although Gamboa (30-3, 18 KO's), who defected from Cuba to fight in the United States, is 38 years of age, his heart was on display as he took a beating from Davis, and nearly made it the distance.

"Coming into this fight I knew Gamboa was a tough opponent. I knew he was a vet," Davis said. "As you see in the ring, I was catching and hurting him but he was still there. I knew he was better than anyone I had fought before."

Davis dropped Gamboa midway through the second round with a sharp left hand on the chin. Gamboa was initially slow to get up and told his team that something on his shoe was broken and he didn't want to continue. However, his team urged him to go on, and he did.

Gamboa claimed after the bout that he had ruptured his Achilles tendon.

Gamboa, who had been knocked down 14 times in his career, coming into the fight, was repeatedly rocked by left hands in the fifth round, but remained upright.

Gamboa managed to land a couple of solid left hooks of his own in the sixth round, but Davis walked through them and backed up Gamboa with body shots later in the frame.

Davis appeared to back off the gas pedal for a couple of rounds, but unloaded a crisp straight left hand that dropped Gamboa, who was saved by the bell.

A right hook from Davis in the ninth round badly hurt Gamboa, who was on wobbly legs, and held on. He took several more blows, but grasped onto Davis like it was the last Hershey's bar at Walmart, as they fell to the mat.

Gamboa, a 2004 Olympic gold medalist went on to have a solid 10th round against Davis, who seemed a little low on fumes.

Davis nearly missed weight for Saturday's bout. His first reign as a 130-pound titlist came to an end in August 2017 when he was stripped for failing to make weight for his bout against Francisco Fonseca.

Davis found a second win late in the 11th round when he connected with yet another straight left hand that sent Gamboa flying into the ropes face-first.

Davis closed the show in the 12th round, dropping Gamboa for the third and final time in the fight with a monstrous left uppercut. Referee Jack Reiss immediately waved off the fight at 1 minute, 17 seconds.