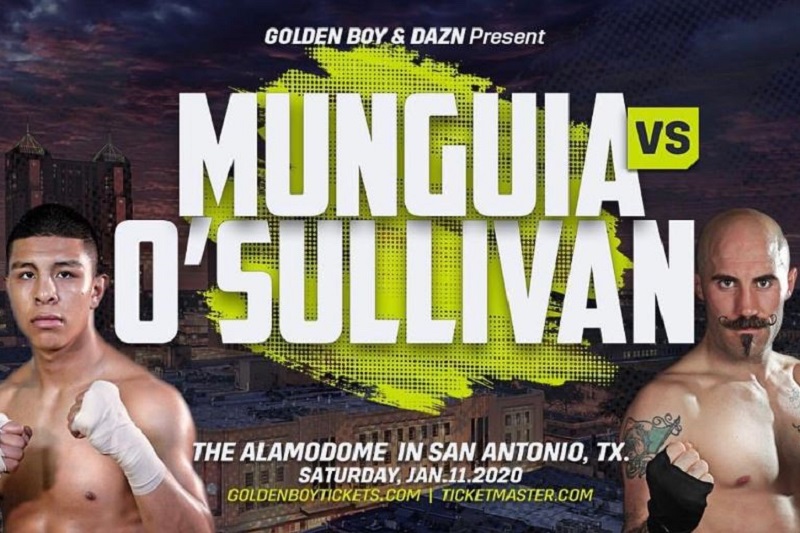 Ex WBO junior middleweight titleholde Jaime Munguia continues to prove that he is a force in the middleweight division. Munguia had a break thru in 2018 when he crushed Sadam Ali. Fighting four times in 2018 with three by way of knockout. Than he had a rocky 2019 after dominating Takeshi Inoue, by scores of, Levi Martinez 119-109 | Javier Martinez 120-108 | Cesar Ramos 120-108. Later that year he faced Dennis Hogan who many thought defeated Jaime Munguia, with very close scores, | Richard Levine 114-114 | Waleska Roldan 116-112 | Rocky Young 115-113. “Dennis pushed him close and if the fight wasn’t in Mexico, if Jaime wasn’t the champ, maybe Dennis would have gotten the decision that night,” Collins said. . Still Jaime Munguia, holds a 79% knockout ratio and is showing that he has the tools to become a star and household name.

Jaime Munguia, stand at 6'0" with a long reach and can fight between 154lbs & 160lbs. His reach and height makes it very difficult for his opponents in the super welter to middle weight.

Gary O'Sullivan, we have seen him fight before, he went the distance with Billy Joe Saunders and knows how to fight. Fighting only once in 2019 against Khiary Gray @ 154lbs O'Sullivan won by TKO in the 6th round. His only two loses are against David Lemieux, KO round one and Chris Eubank Jr, TKO round seven. The hard brawling irishman likes to stand in the pocket and throw punches. He’s a very a great fighter. It’s going to be an interesting fight because like Dennis Hogan, O'Sullivan comes right at you and trades punches. These guys are really going to come to each other.

Whats interesting is that this fight will be Jaime Munguia debut at middleweight. The last time Gary O'Sullivan fought at middleweight was once in 2018 and a few times in 2017.

The fight will air live on DAZN with the undercards starting at 7pm ET. The main even will air ETA 10pm ET.