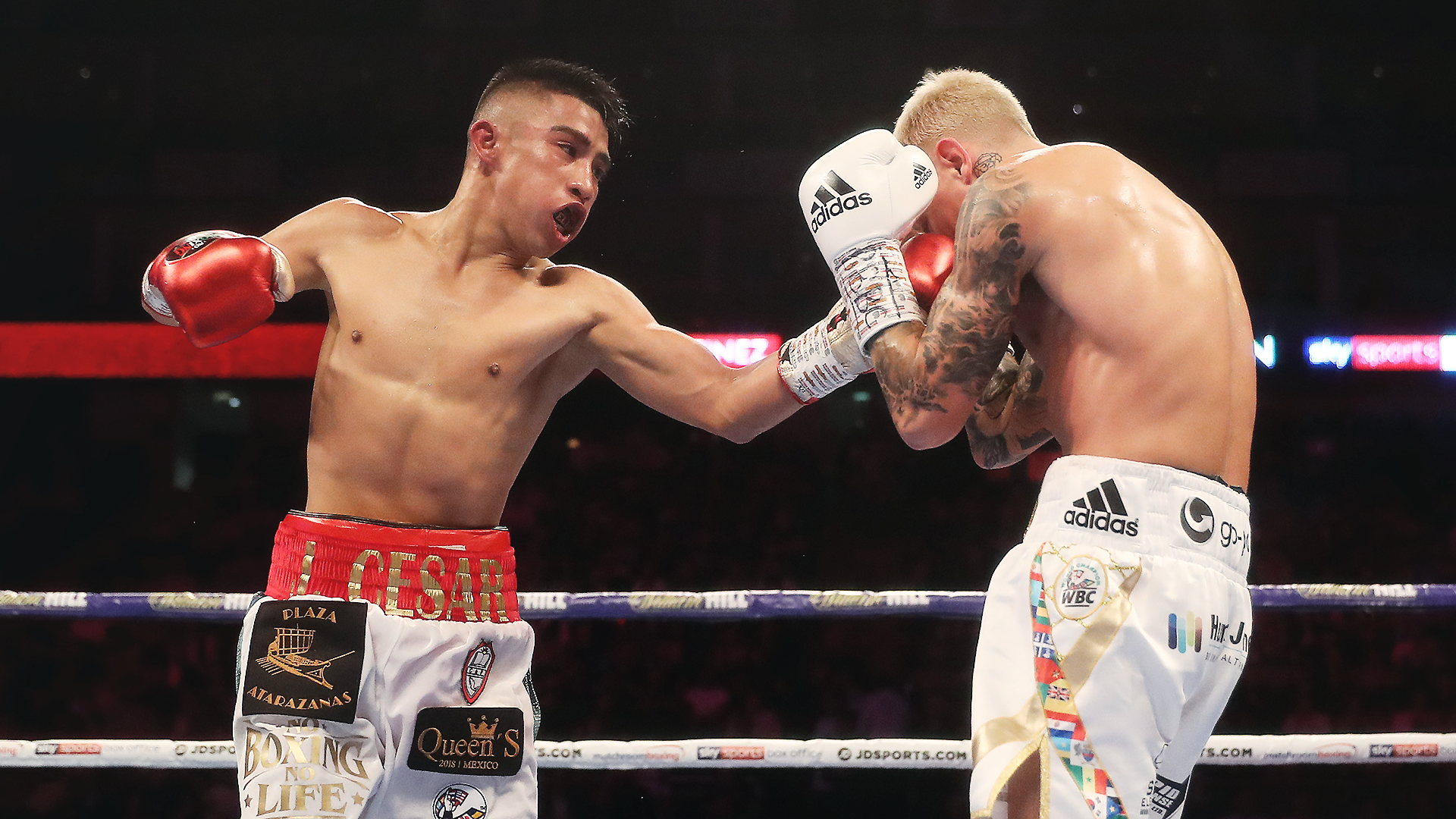 Martinez will return to the ring to defend his WBC title for the first time on Feb. 29 against European titlist Jay Harris on the undercard of the Mikey Garcia-Jessie Vargas welterweight bout that headlines the DAZN card at the Ford Center at the Star, the Dallas Cowboys training facility in Frisco, Texas, Matchroom Boxing promoter Eddie Hearn announced on Friday.

"Julio is just brilliant to watch and the fans in Frisco are in for a real treat as this new Mexican star makes the first defense of his world title," Hearn said. "Jay Harris has impressed lately, looking great last time out knocking out Paddy Barnes and capturing the Commonwealth and European titles. The styles should gel perfectly here for a real fan-friendly war on what promises to be a huge night of boxing."

Martinez won the vacant 112-pound belt by knocking out Cristofer Rosales in the ninth round of a one-sided fight Dec. 20 on the Daniel Jacobs-Julio Cesar Chavez Jr. undercard in Phoenix.

"I'm so happy to be back fighting so soon, especially on such a huge show in Frisco," Martinez said. "It was a special moment to become world champion, but now I must continue to work hard and defend my title with honor for my people of Mexico."

Eddy Reynoso, who trains Martinez along with superstar Canelo Alvarez and rising lightweight star Ryan Garcia, says the quick turnaround will be beneficial for his young pupil.

"It's perfect to have Julio back fighting so quickly," Reynoso said. "It's all part of developing him as a fighter. He has so much potential and I believe he is going to dominate and unify the division in time. First we must overcome this challenge on Feb 29."

The unbeaten Harris (17-0, 9 KO's), 29, of Wales, who will box outside of the United Kingdom for the first time, won the vacant European title by unanimous decision against Angel Moreno in June and is coming off a fourth-round knockout of Paddy Barnes last October.

Now, Harris will enter the ring with the chance of walking away with his first world title.

"I want to say a big thanks to Matchroom and (management company) MTK Global for giving me the opportunity to fight for the WBC world flyweight title in Frisco on such a big event," Harris said. "Julio is a great young fighter but I am feeling in the form of my life and this gives me the opportunity to shock the world."

For the chief support bout, a deal is in the works for junior bantamweight titlist Kal Yafai (26-0, 15 KO's), 30, of England, to face former pound-for-pound king and four-division world champion Roman "Chocolatito" Gonzalez (48-2, 40 KO's), 32, of Nicaraqua. Yafai would be making the sixth defense of his 115-pound title.

Gonzalez, who has won world titles at strawweight, junior flyweight, flyweight, and junior bantamweight, is coming off a second-round knockout of Diomen Diocos on Dec. 23 in Japan. Prior to that fight, Gonzalez was inactive for over a year after undergoing knee surgery following an injury.