From the bottom to the top, Julian Williams ready for explosive homecoming 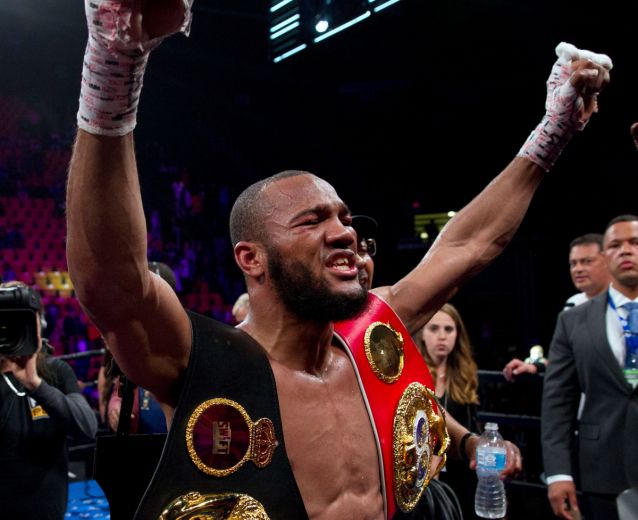 PHILADELPHIA -- From being homeless to the top dog of the junior middleweight division, Julian Williams has been at polar opposites of the pendulum.

When he was just a teenager, Williams found himself in a homeless shelter because his father was incarcerated and his mother was addicted to drugs. Looking for a getaway, Williams turned to boxing.

His first shot at a world title ended in a devastating fifth-round knockout at the hands of Jermall Charlo in December 2016. The disappointment that evening unreal; it felt like more than just a loss, not just for Williams, but also his team.

But after taking some time to reflect, then 26-year-old Williams was quickly able to rebound. He said to himself, 'If I was able to overcome what I went through as a kid, losing one boxing match, is no problem.'

Williams went on to win four bouts in a row, including two by knockout, to earn the shot against unified titlist Jarrett Hurd, who was making the first defense of his titles in his hometown, and was a heavy favorite to win. Instead, Williams crashed his party, dropped him and outclassed him en-route to a unanimous decision victory.

Like Hurd, Williams will make his first defense in front of his hometown fans, but vowed not to repeat the mistakes of his prior opponent.

"It means a lot (to defend my titles in Philadelphia)," Williams said. "I dreamed about (fighting for a world title in Philadelphia) since I was a little boy and now I am finally here, so it is a bit of a surreal moment.

Williams (27-1-1, 16 KO's), 29, of Philadelphia, tipped the scales on Friday evening at a ready 153.4 pounds. He squares off against Jeison Rosario on Saturday at Temple University's Liacouras Center.

"Banana" Rosario (19-1-1, 13 KO's), 24, a native of the Dominican Republic fighting out of Miami, whose full name is Jeison Manuel Rosario Bastardo, was smiling throughout the face-off, but that did not seem to bother Williams, who gave him a stone cold glare while proudly displaying his championship belts.

Rosario, who has gone 7-0-1 in his last eight bouts since suffering a sixth-round stoppage at the hands of Nathaniel Gallimore (who Williams outpointed in April 2018) is appreciative of the opportunity and thus far, has really enjoyed the City of Brotherly Love. However, love will not be seen in the ring on fight night.

"I feel like this is my house. I feel like I'm in my house," Rosario said. "This is an opportunity of a lifetime. I am really going to take advantage of it. I am in perfect condition mentally, physically, and I am ready for the battle."

When asked about Rosario's incessant smiling throughout the weigh-in, Williams warned that he is prepared to knock Rosario out as soon as he shows signs of weakness.

"I really don't know (what Rosario was trying to do)," Williams said. "I think he comes to fight, but if he shows some chinks in his armor, he's gonna get run out of the ring."