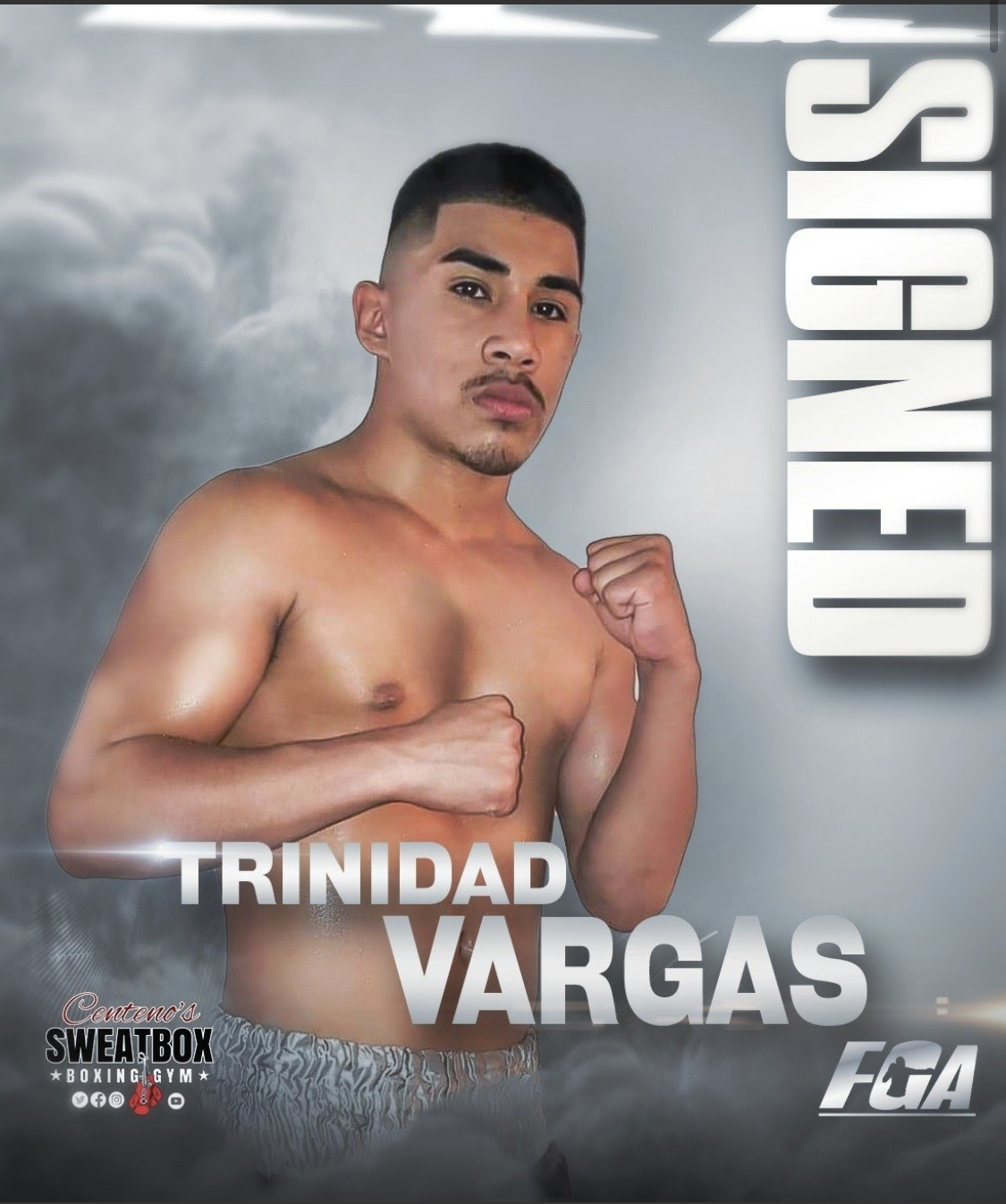 Flyweight Trinidad Vargas, of Dallas, Texas, who accumulated an amateur record of 198-12 and collected two junior Olympic gold medals among a plethora of accomplishments, is turning pro and has signed with 2019 Boxing Writers Association of America Manager of the Year Award nominee Peter Kahn.

Vargas, who is just 16 years old, was ruled to be too young to qualify for the 2020 U.S. Olympic Team. This left him no choice but to go pro.

Vargas will be trained by Javiel Centeno at the Sweatbox Boxing and Fitness Center in David, Florida.

Stated Vargas, “I’m excited to get started, I’ve enjoyed my journey as an amateur but know that with Peter in my corner I’ll have the backing of his expertise while fighting as a professional. I’m going to stay in Dallas for a couple months working with my Dad before moving my training to Florida.”

Kahn is confident that his young pupil will become a world champion.

“Trinidad has all the attributes to become a world champion,” said Kahn. “While he turns 17 in June, Trinidad has a style that is much more inclined to the pro ranks than the amateurs. I look forward to working with him and his father as we launch his professional career.”

Among the fighters also training at the Sweatbox and working with Kahn include welterweight prospect Xander Zara’s, 17, Amir Imam, Emmanuel Tagoe and George Kambosos Jr. Furthermore, Nikoloz Sekhniashvili and lightweight Charlie Sheehy, who participated in the 2020 Olympic trials.