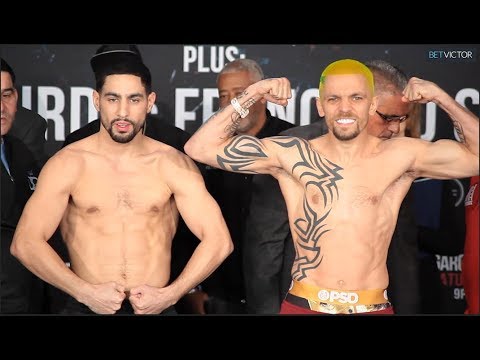 Jarrett Hurd, who fights for the first time losing his unified 154-pound titles last May to Julian Williams, clocked in at 154.5. His opponent, Francisco Santana, was 155 on the nose. Stephen Fulton and Arnold Khegai also weighed-in for their junior featherweight title eliminator. They showed up at 122 and 121.75 pounds, respectively.