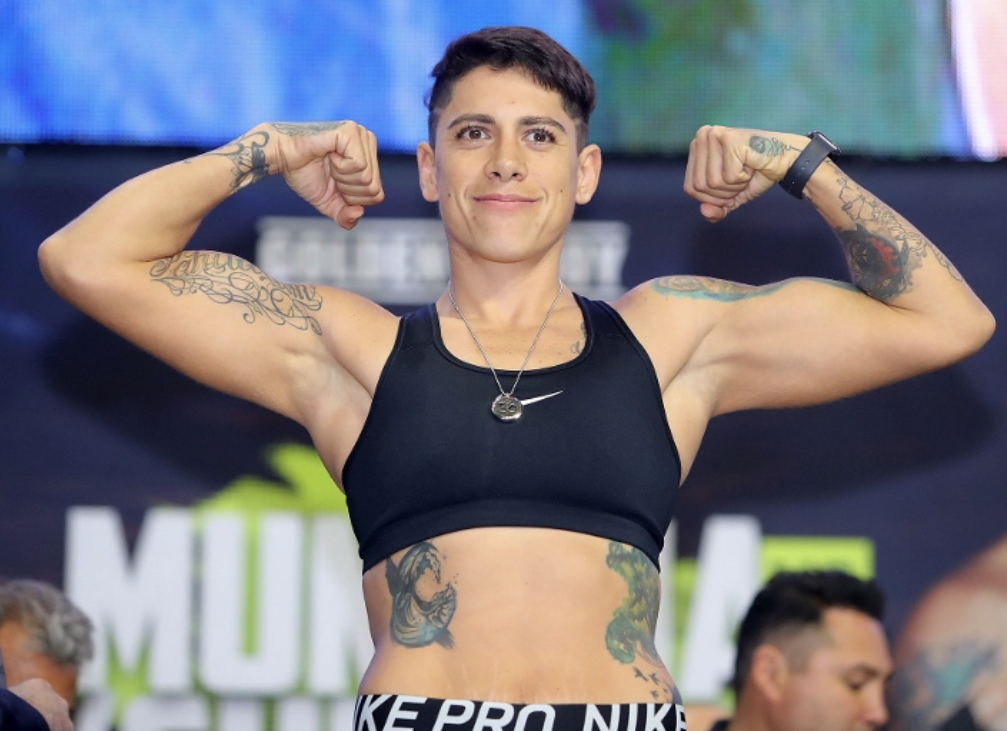 However, it has come outside of the squared circle.

An inquiry sent to VADA went unreturned at time of publication. The substance that Jimenez tested positive for remains unknown.

"It is extremely unfortunate to learn that WBC and WBO super middleweight world champion Alejandra Jimenez has tested positive for banned substances after her title fight with Franchon Crews-Dezurn on January 11," said De La Hoya.

"As Franchon's promoter, we are incredibly disappointed for her as she worked incredibly hard to defend her titles. However, our job is to ensure the safety of our fighters both inside and outside of the ring. Thus, we have always insisted and supported testing through the Voluntary Anti-Doping Association (VADA) for all of our world championship fights. Jimenez's fight against Franchon Crews-Dezurn is no exception. Now our job is to find justice for Franchon by working closely with the WBC and the WBO in order to re-instate her as a world champion."

Here is the release the WBC sent out:

The Voluntary Anti-Doping Association (VADA) has notified the WBC that an “A” Sample collected on January 10 from WBC Female Super Middleweight World Champion Alejandra Jimenez has yielded an adverse finding for a banned substance under the WBC Clean Boxing Program.

The WBC will follow its customary protocol by, among other steps, affording Champion Jimenez the opportunity to witness the opening of the “B” Sample, or send a representative to do so.

The WBC will conduct an in-depth investigation of the circumstances that led to the adverse finding. Champion Alejandra Jimenez will receive the due process the WBC Clean Boxing Protocol provides.

As it is customary in similar situations, the WBC will provide additional information as the investigative and adjudicative process moves forward.

Check back with FightNights.com for further developments.