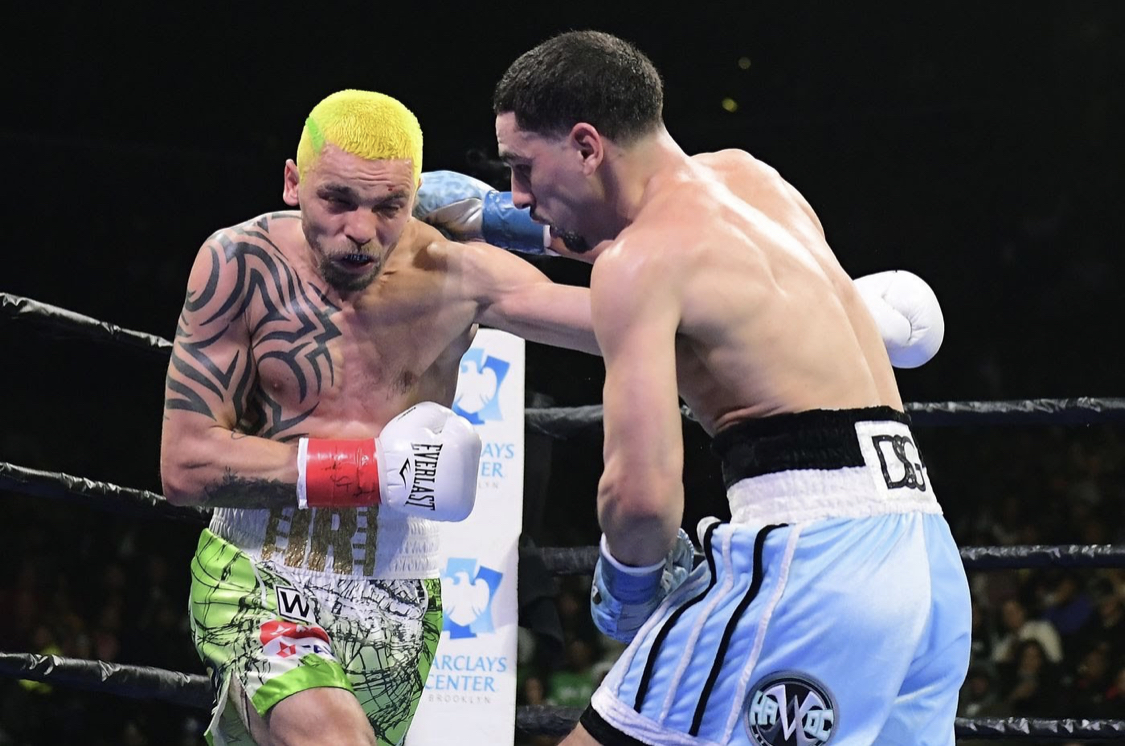 Former two-division world champion Danny Garcia laughed about getting bit on the left shoulder by Ivan Redkach in the eighth round of their bout on Saturday.

The New York State Athletic Commission was not amused.

Garcia won a lopsided 12-round decision against Redkach in a Showtime-televised main event at Barclays Center in Brooklyn, New York.

In a statement to Michael Woods, the state oversight body threw the bleach down at Redkach’a behavior.

“The New York State Athletic Commission is taking the following disciplinary action against Mr. Ivan Redkach for biting Mr. Garcia’s shoulder during the eighth round:

-Mr. Redkach was issued the maximum fine of $10,000 for engaging in dangerous, disorderly and unsportsmanlike conduct.

-Mr. Redkach’s license as a professional boxer is suspended for a year.

-Mr. Redkach’s purse from the bout shall be forfeited and paid to the Commission.

Redkach will likely appeal the decision. Besides, who likes to train months for a fight to make no money? FightNights.com will keep you updated. Stay tuned.