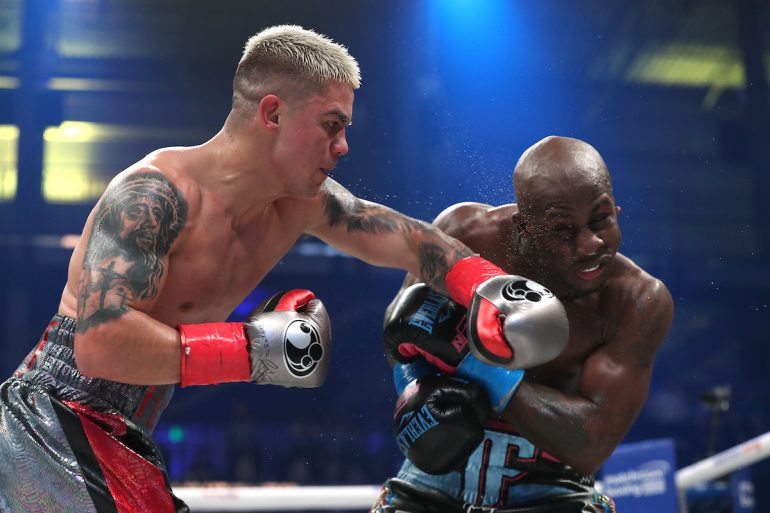 Joseph Diaz Jr. and Tevin Farmer talked a big game in the build-up to their fight on Thursday night, but it was Diaz who was in firm command.

For the California native Diaz (31-1, 15 KO's), 27, it was his first world title in his third attempt. His first shot came against Gary Russell Jr. for his featherweight belt in May 2018, but he lost a clear, competitive decision. A second shot went out the window when Diaz failed to make weight for a title bout with Jesus Rojas in August 2018.

But in his finest performance to date, Diaz finally made it count.

"I was focused and determined and I got the W this time," a jubilant Diaz said.

Diaz, a 2012 U.S. Olympian, has won five bouts consecutively following the lone loss to Russell -- and now the record books will always recognize him as a world champion, an accomplish he won't soon forget.

"I'm very excited I won this. I have waited for this moment for a long time," Diaz said.

The hype surrounding the bout kicked off last May when Farmer and Diaz nearly fought at the Canelo Alvarez-Daniel Jacobs undercard news conference in Las Vegas. The confrontation, to the delight of hardcore boxing fans, led to the two southpaws doing their business in the ring.

Things got interesting in the second round when an accidental head-butt opened up a horrendous cut over Diaz's left eye. It bothered Diaz, but he told himself to ignore it.

"It didn't change the fight at all," Diaz said of the cut. "I just pretended it wasn't there. I knew it was pretty bad but I knew it was a championship fight. I'm a warrior. I got to go out there and get the W. This was my opportunity. I had to take advantage of it."

Diaz bravely fought through adversity and connected with combinations on Farmer.

While Farmer is generally an exemplary boxer, tonight was not one of those nights. Perhaps it was because he was fighting an elite boxer for the first time and was unable to use the ring to his advantage. Diaz consistently landed to the body and forced Farmer to trade on the inside, which his body language indicated, was not of enjoyment.

After getting roughed up in the 10th round, trainer Chino Rivas told Farmer, who was making his fifth defense, that he needed to come out with a sense of urgency, which he did, but it was not enough.

"He put up a hell of a fight," said Farmer, who went to the hospital after the fight to be examined as a precaution. "That's all I can say. I did hurt my hand in the first round but I don't think it played a big part in the fight. I couldn't use my jab how I wanted to, but he got the job done tonight. There's no excuses. He won the fight. We'll be back and we'll do it again. We definitely got the immediate rematch clause."

Diaz said he would be happy to face Farmer again, which is likely because there is a rematch clause.

"Tevin Farmer is a hell of a fighter. He's been through everything. I respect him," Diaz said. "I just thank him for giving me the opportunity, and I knew we're going to have a rematch. So we will run it back."