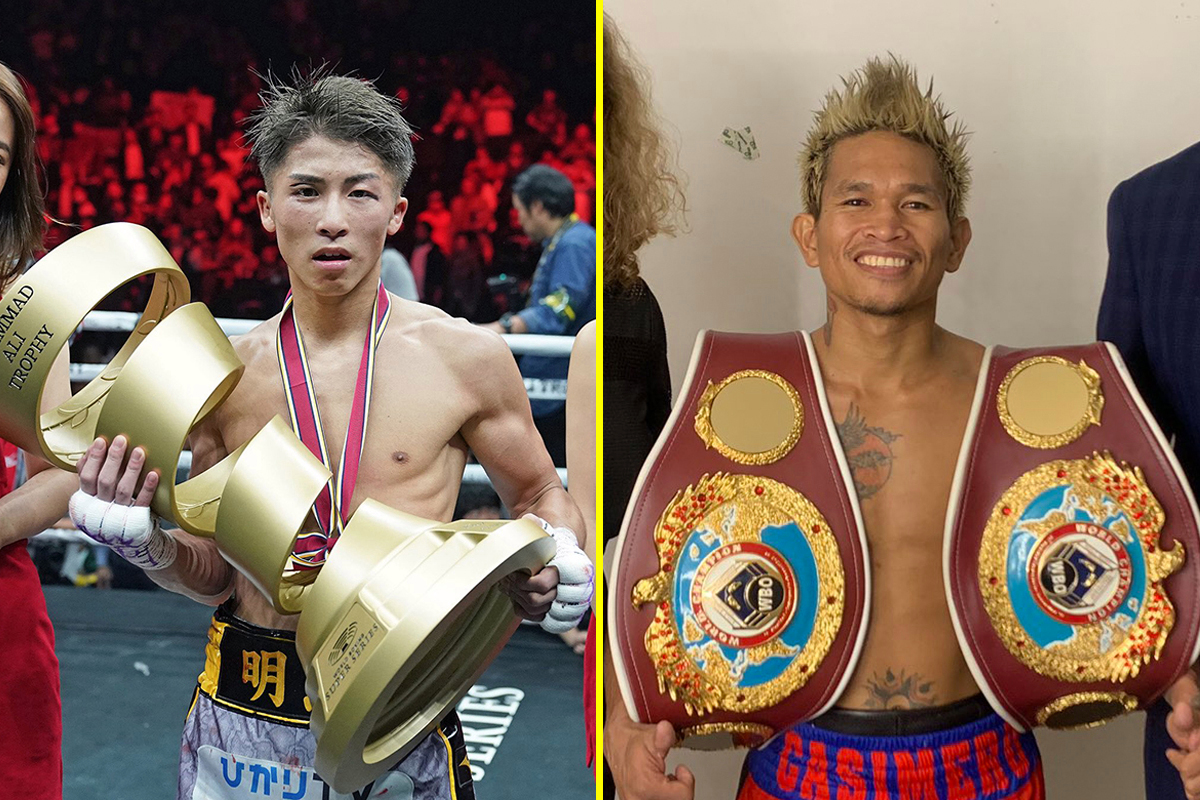 Inoue appeared at a news conference in Tokyo on Friday to announce the fight, which will be broadcast on ESPN platforms.

Top Rank, which has an exclusive deal with ESPN, signed Inoue to a multi-year co-promotional deal in November to bring the Japanese superstar to the United States.

"I'm happy to be able to engage in a unification bout with Casimero with our three world belts on the line," Inoue said through a translator. "This will be the first for a Japanese boxer to win three world belts if victorious. I plan to enter the U.S. three weeks before to be in tip-top shape on the fight day. This is also my first engagement after executing a promotional contract with Top Rank, and I am eager and excited to show a great performance before worldwide fight fans."

Inoue, though, suffered a plethora of injuries during the bout, including a gash over his right eye, a fractured nose and a fractured orbital bone. However, he has since returned to the gym.

"I have already started sparring, and I've no problem in my right eye," said Inoue. "I've completely recovered from the unexpected injury."

"He is an aggressive and hard-punching boxer, who is dangerous and wild enough," said Inoue, who will be making his fourth title defense at 118 pounds. "I wish to carefully watch his strategy and strength as well."