Kell Brook vs Mark DeLuca Its a Make or Break fight. 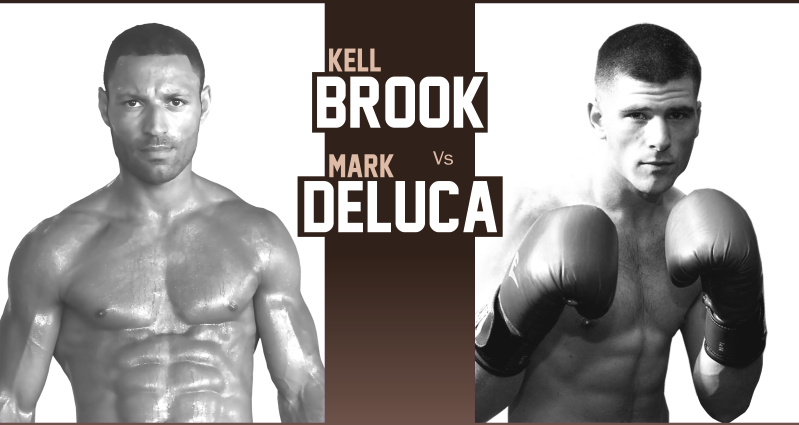 This Saturday February, 8th, Kell Brook fights for the first time in over a year when he faces Mark DeLuca in a 12-round junior middleweight fight. The fight takes place at FlyDSA Arena, Sheffield, in England. the Fight will be available to stream on DAZN site website and app.

Check out all the boxing odds betting new jersey .

The last time we saw Brook it was in 2018 against Michael Zerafa. Book won by UD over 12 rounds, scores: Stefano Carozza 118-110 | Jan Christensen 119-109 | Steve Gray 117-111. In 40 professional fights, Brook has only ever lost to legend Gennady Golovkin and raising start Errol Spence Jr. Not did he suffer back to back loses in 2017 he also suffered serious eye injuries. After some time he came back in 2018 defeating both Michael Zerafa and Sergey Rabchenko. This is a make or break fight for Brook, he stated that if he loses this fight he will retire from the sport of boxing.

Deluca, 31, a southpaw fought twice in 2019 winning against both Jimmy Williams and Brandon Brewer by UD. His only lost is against Walter Wright, in 2018 by s split. He later avenged that lost winning by a UD. This is an enormous step up in competition level for Deluca who start is pro career in 2016 and does not have mush of a resume.

Unless Brook has nothing left in the tank, he should however have no issue against Deluca.

The undercard will be underway from 8pm. In the co-feature, featherweights Kid Galahad and Claudio Marrero will meet in a title elimination bout to determine the mandatory challenger for world titlist Josh Warrington.