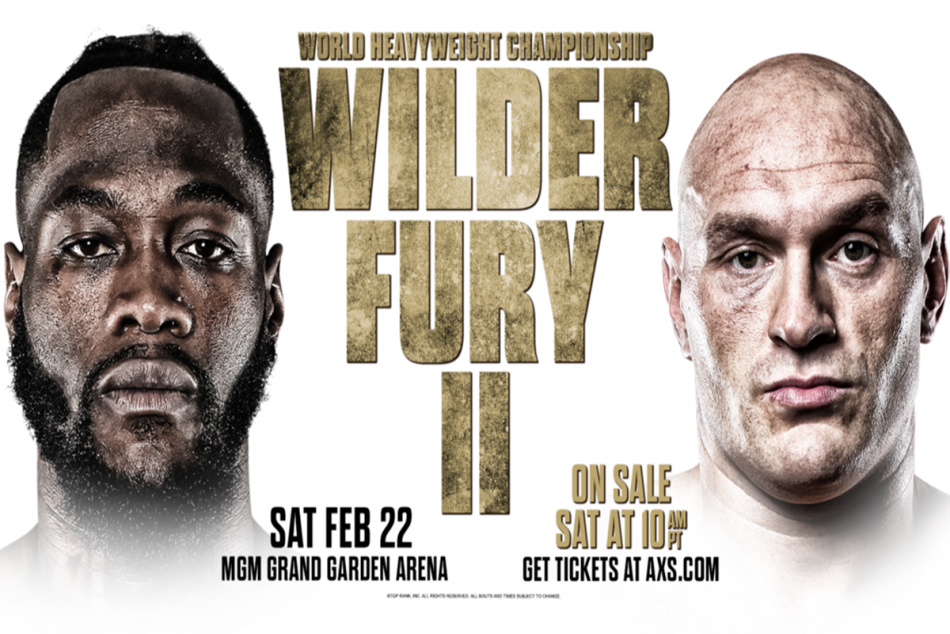 Saturday Feb 22nd on FOX PPV and Sunday February 23rd, 2020 – 03:00 approx (UK) time the rematch between Deontay Wilder vs Tyson Fury will take place at MGM Grand Garden Arena, Paradise, Nevada, US. The event will be shown live on ESPN+ and also be shown on Fox Sports and available to stream via the Fox Sports Go website and app. FOX Sports pay-per-view (9 p.m. ET/6 p.m. PT).

The odds for Wilder vs Fury 2 are still extremely tight. Fury is a slight -120 favorite while Wilder is around a +100 to -110 underdog. Based largely on the script of the first fight, as per mytopsportsbooks there are two realistic endings: either Fury uses his jab to win on the cards (+150) or Wilder's power scores a (T)KO (+150). The odds are much longer for a Fury win by (T)KO (+360) or a Wilder victory on points (+1200).

Since their draw in 2018, Wilder, defeated both Dominic Breazeale & Luis Ortiz with devastating right hand knockouts. There is no question that Wilder is the hardest hitting boxing in the sport and possibly the hardest puncher in boxing history. He holds an astonishing 98% knockout rate, finishing all but two of his opponents....Tyson Fury & Bermane Stiverne. Wilder has defended his IBF heavyweight title 10 times and has knocked down every person he has ever faced.

While Wilder, can still end the fight with one punch. One thing is clear.... he has no boxing skills. Wilder has no jab.. no hook, his head movement sucks and his boxing IQ is lacking. He has one thing.. a nuclear bomb of a right hand. It works, and its working. If if and WHEN.. Wilder lands that right hand it goodnight all day. That was until he fought Fury who after getting crushed by the right hand got up by some miracle.

Since their last fight Fury has also added two more wins to his resume. He fought Tom Schwarz and Otto Wallin. Fury is the better boxer. Even suffering the two knockdowns against Wilder the fight ended in a draw. Clearly this means that Fury was ahead and wining the fight. Most boxing fans believe still won the fight. He just needs to avoid the power punches to rack up the rounds.

Fury can win all day and win easy. If he stays outside the range of Wilder's right hand. That being said this fight is still a 50'50 fight because its one punch away from being over. Fury outclassed Wilder for the majority of their first fight. Fury is expected to be in the best shape of his life. Fury should be be better prepared to avoid Wilder's scary knockout power. We believe that Fury will win the fight by a UD over 12 rounds.