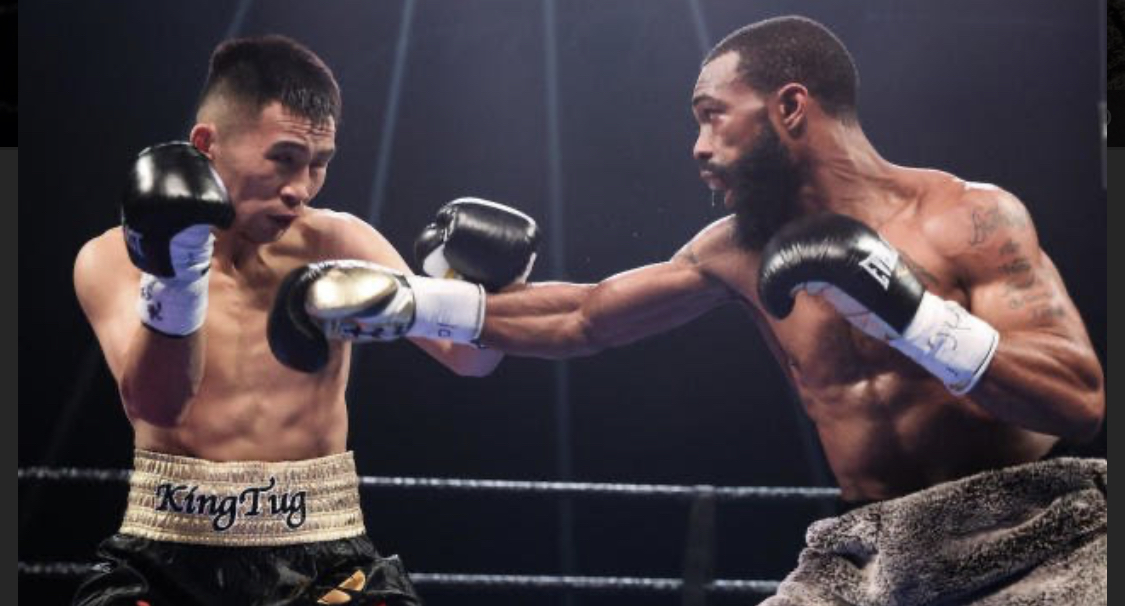 Featherweight world titleholder Gary Russell Jr., who generally fights once a year, had another dominating performance

Russell retained his 126-pound belt for the fifth time as he won a unanimous decision over mandatory challenger "King Tug" Tugstsogt Nyambayar in the main event of a Showtime tripleheader on Saturday night at the PPL Center in Allentown, Pennsylvania.

"We put the work in every day in the gym. I'm a perfectionist," Russell said. "We knew we had a very tough opponent, and I knew he was going to bring his physical best. He had everything to gain and nothing to lose. We just focused and showed I'm one of the longest reigning [active] champions for a reason."

Russell won by scores of 118-110, 117-111 and 116-112 in what could be his final fight at 126-pounds, who either wants to face lightweight titlist Leo Santa Cruz or have a rematch with unified 135-pound champion Vasiliy Lomachenko, who is credited with handing Russell his lone defeat in a vacant featherweight title bout in 2014.

"If we have to move up in weight for these top fighters to feel like they have an advantage and take the fight, then we'll do it.”

Russell, who boxed for only the sixth time in 2014, is promising — yet again — to fight more often in 2020. So far, his actions have not been up to par. But that could change if he gets the fights he wants.

"We never take a day off. I'll probably be back in the gym next week," he said. "We'll keep our wheels turning and stay sharp."

Russell (31-1, 18 KOs), 31, a 2008 U.S. Olympian from Capitol Heights, Maryland, set the pace from the onset behind his piston-like jab as Nyambayar tried to connect early with his right hand.

But Nyambayar (11-1, 9 KOs), 27, who captured a 2012 Olympic silver medal for Mongolia, struggled to land shots on Russell, a southpaw, for much of the fight. His trainer Ismael Salas urged him to throw more punches after the fourth round, but Russell was just too much for him.

By the eighth round, Russell, who began to land his combinations almost at will, had the fight in the bag. However, Nyambayar never stopped trying. He finally found a home for his combinations in the 10th round and followed up with some solid shots in the championship rounds, but it was far too late to mount a comeback,

"It wasn't my night. He was the better man tonight," Nyambayar said through an interpreter. "I didn't do my work the way I was supposed to. He is a great champion who fought a great fight. I made a mistake by waiting for him during the fight. I'd love the rematch if I can get it."

According to CompuBox, Russell landed 134 of 867 punches (15 percent) and Nyambayar connected with 122 of 707 (17 percent). Russell outlanded Nyambayar in eight of the 12 rounds.

"The difference was ring generalship, hand speed and boxing IQ," Russell said. "He only had 11 pro fights. Of course, he was an Olympic silver medalist, but he only had those 11 pro fights. I've had over 30, and I think my experience was enough to overcome and win this fight."