Derrick Colemon is chasing more than just a world title 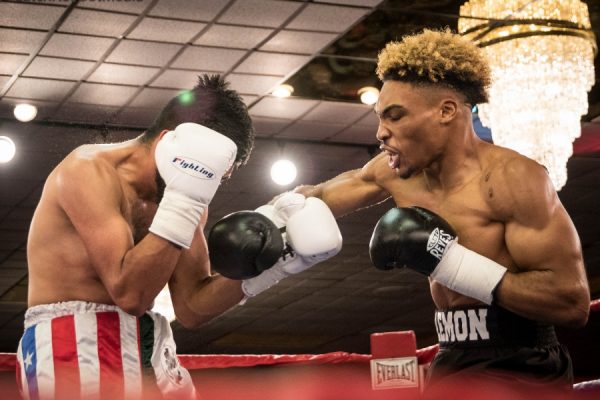 Derrick Colemon Jr. is putting a ton of pressure on himself, but he is confident that he will prevail.

The junior middleweight prospect will face the sternest test of his young career to date on Friday when he squares off against heavy-handed Joseph Jackson on the undercard of a ShoBox-televised main event on Friday at 2300 Arena in Philadelphia, Pennsylvania, a bout that Colemon has described as one that will "change his life."

"I have been motivated to become a world champion my whole life," Colemon said. "I have been ready since day one. I want to be great.”

Valentine's Day is usually a day for love, but we can expect the exact opposite in his scheduled eight-round bout.

"There are no distractions. This is simply business," Colemon said, who will have to save the chocolates and the flowers for another time.

Jackson (15-0, 12 KO's), 31, of Greensboro, North Carolina, has knocked out seven of his last eight opponents, but to Colemon, numbers can be deceiving.

"I've been boxing my whole life, so I am prepared for anything and everything," he continued. "I've watched some of his fights, and he's nothing special to me -- there's nothing I see in him that I haven't seen before."

Colemon may have a point as Jackson struggled against fellow Greensboro native Matthew Strode last April, but was able to escape with a majority decision.

It is also fitting that Colemon (11-0, 8 KO's) is getting an opportunity to showcase his skills at a ShoBox event in Philadelphia. The 20-year-old was himself born and raised in a tumultuous environment, but for those with a nescience of what takes place in Detroit — Colemon provided the rundown.

"There's a lot of violence, poverty -- every crime you can think of," said Colemon, who started boxing when he was four years old. "That's where I come from -- poverty and crime."

With that being said, what can we expect on Saturday?

"I'm coming to win and win in impressive fashion," he asserted. "I am a boxer. This has been my job for my entire life. I am not going anywhere.

“I think I can beat all of the world champions right now.”

Colemon has a ton of confidence. We will see where that stands on Friday and beyond.