Plant batters, knocks out Feigenbutz in 10th to retain title 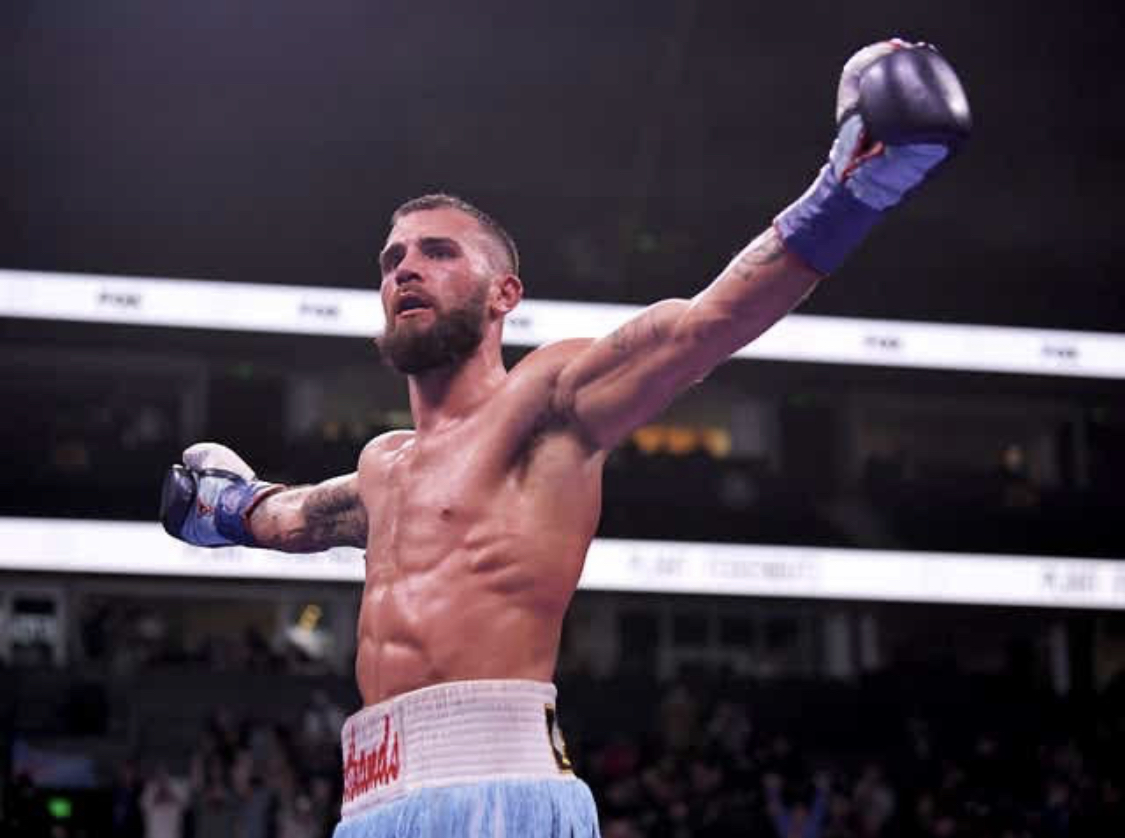 NASHVILLE -- Earlier this month, it was Patrick Mahomes who crushed the dreaded Madden Curse. But it was Caleb Plant who planted the "Hometown Curse."

In back-to-back title defenses in which fighters were defending their belts in their backyard, former 154-pound titlists Jarrett Hurd and Julian Williams suffered upset defeats.

However, Plant was not to be denied.

Plant dominated mandatory challenger Vincent Feigenbutz in a one-sided, but scintillating display of speed, combinations, defense, and overall boxing superiority in an 10th-round knockout at Bridgestone Arena in Nashville, Tennessee.

In the second round, Plant ripped Feigenbutz with five-punch combinations at will, sending him reeling back on his heels.

Plant started to mix in uppercuts in the third round, which left Feigenbutz, who was already tangled in a web of confusion, in further discombobulation.

Feigenbutz, a former secondary super middleweight world titlist, had won 10 bouts in a row since suffering an 11th-round stoppage to Giovanni De Carolis in January 2016 to lose that belt, but had faced mediocre opposition. He never seemed like he was in the fight and was just sloppy.

“It was a very good experience. Caleb Plant, to me, is the best of all the super middleweights,” said Feigenbutz. “You saw my style – it’s a “Rocky’’ style. Sadly I didn’t have much of my power at the end.”

By the sixth round, Plant (20-0, 12 KO's), 27, a Nashville native training out of Las Vegas, had begun to mock his opponent's efforts, which included looking out into the crowd after Feigenbutz missed with a wild shot.

"I felt great out there. I was relaxed and sharp,” Plant said. “I told you I was going to stop this before the 12th round. I want to dedicate this to my daughter, to my mother, my grandfather and the whole city of Nashville.”

Plant's daughter, Alia Plant, suffered an unknown medical condition which caused seizures. Alia passed away at 19 months in 2017 after she caught a respiratory infection which then developed to pneumonia.

Feigenbutz in the seventh round continued to take unnecessary punishment. Plant connected with 13 unanswered shots as Feigenbutz kept coming forward, but had no answer to Plant's offensive onslaught.

A crisp right hand from Plant busted Feigenbutz's nose in the 10th round as he amped up the intensity.

The fight came to an end at 2:23 of the 11th round when Plant unleashed a 10-punch combination. With Feigenbutz left defenseless against the ropes, referee Malik Waleed had no choice but to stop the bout.

“I can’t disagree with the stoppage. For the sport of boxing, safety is always first. The referee did a very good job. It was fair. To be a good winner you have to be a good loser.’’

“Everyone knows I want that unification fight with David Benavidez,” he exclaimed. “You know who the best 168 pounder is. If you want that, you’ve got to come to see me. I want that fight, I’ve been asking for it and I’m tired of waiting!”