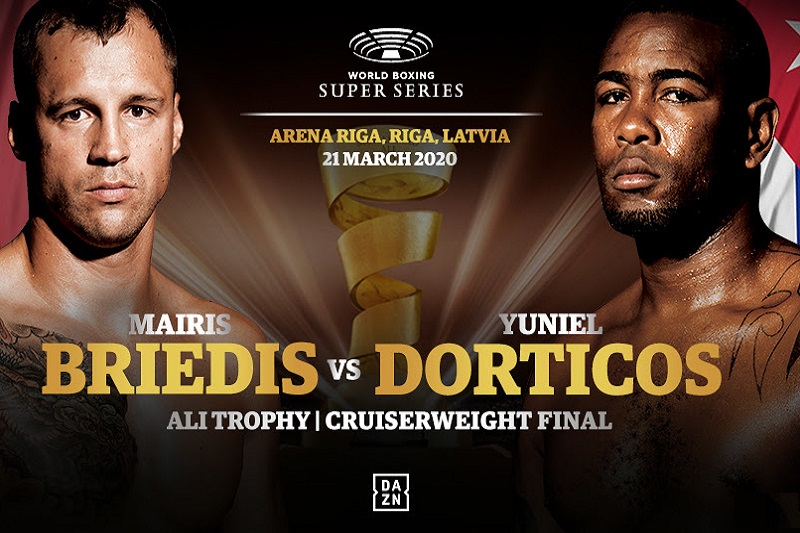 Get your codes at William Hill promo code. Also get the Get the VIP bonus when using the exclusive 1xbet.

In his last two fights in the WBSS tournament, Dorticos has destroyed Andrew Tabiti and beaten Mateusz Masternak. They call Yuniel Dorticos, ‘The KO Doctor’ because he carries an 88% knockout ratio. When he started his career in 2009, he went 17 pro fights ending in knockout before finally winning a fight by UD. He only has one lost on his record against Murat Gassiev, back in 2018, losing by a TKO.

In Briedis's last fight it was a controversially stopped former world titlist Krzysztof Glowacki. Mairis Briedis won the fight by a 3rd round TKO however Glowacki was dropped heavily by huge power shots – a full nine seconds after the bell had first sounded. Glowacki appealed the result, and the WBO, after reviewing the fight, ordered an immediate rematch. That did not happen and now the World Boxing Super Series (WBSS) moves forward after a long delay. Briedis has only one lost to Oleksandr Usyk back in 2018. He only fought once in 2019, however he has stacked up a decent resume.

Both are very big punchers and have big fight experience. Briedis has the better boxing record but Dorticos has the better Ko percentage. "Briedis, you better prepare yourself for war," said Dorticos. Its going to be a fight you don't want to miss. However I think that Mairis Briedis ring IQ and experience will carry thru to a late round stoppage.

Tickets for the hotly-anticipated semi-finals in Riga – Mairis Briedis vs Krzysztof Glowacki and Yunier Dorticos vs Andrew Tabiti – are on sale via bilesuserviss.lv All the action will be live on DAZN in the U.S. and Sky Sports in the U.K.