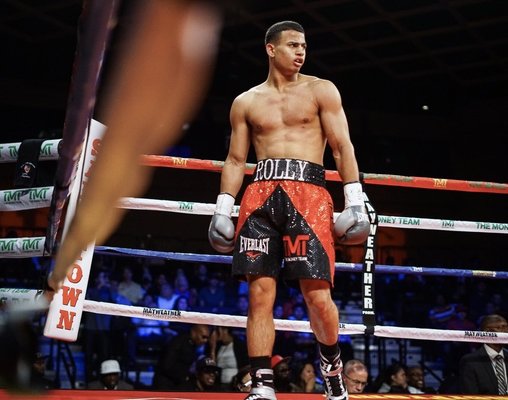 LAS VEGAS – The night began with two unbeaten fighters, but one thrashed the other.

Rolando Romero knocked out Arthur Ahmetovs inside two rounds to kick off the undercard action on the Deontay Wilder-Tyson Fury undercard at MGM Grand Garden Arena.

Las Vegas’ Romero, who is promoted by Floyd Mayweather’s Mayweather Promotions, dropped Ahmetovs twice in the second en-route to the stoppage.

The time of the stoppage came at 1:22, as Ahmetovs was standing against the ropes taking a beating.

Romero first dropped Ahmetovs with a straight right hand after slipping a shot early in the second round. Ahmetovs fell flat on his back but got up. However, a left hook by Romero sent him down to a knee just moments later.

Referee Robert Hoyle soon stepped in to stop the bout.