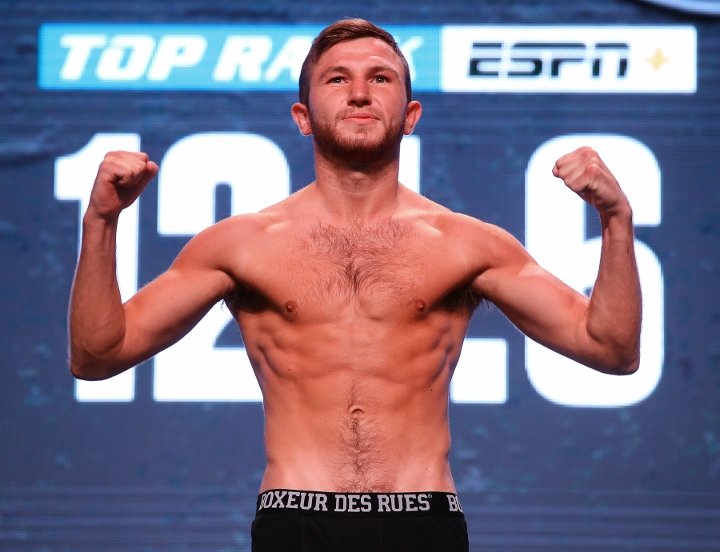 LAS VEGAS – The show belonged to the referee.

Lowe ended up winning by unanimous decision in their 10-round affair. Two judges scored the fight 96-87, while a third had it 95-88 for Lowe, who floored Guevara in the eighth round.

In the third round, Guevara was deducted a point for excessive holding, but came back late in the fourth round with a short right connect. Then in the fifth round, Drakulich took a point away from Lowe for shoving Guevara to the canvas. seconds. Less than a minute later. Lowe nailed Guevara on the back of the head.

The result? Another point deduction.

However, hilarity ensued as Drakulich took another point away from Guevara for hitting below the belt. Halfway into the sixth round, Guevara saw another point evaporate after he hit his foe when Drakulich ordered the two to separate.

In the eighth round, something other than fouls occurred. Lowe dropped Guevara with a short left hand. But Guevara got up and continued to press forward for the remainder of the frame.

Lowe (20-0-3, 6 KO's), 26, of the United Kingdom attacked the body in the final minute of the 10th round, and while Guevara (27-6, 12 KO's), a Mexico native training out of El Cajon, California, who was coming off a seven-month layoff following a third-round knockout loss to then-contender Shakur Stevenson, continued to be aggressive, he had no chance of mounting a rally.

Immediately following, 17-year-old prospect Vito Mielnicki Jr. improved to 5-0 with three knockouts with a four-round unanimous decision over Corey Champion. Mielnicki floored Champion with an overhand right in the opening frame en-route to the decision. The judges scored the bout 40-35 and 40-34 (twice).

In lightweight action, Gabriel Flores outpointed Matt Conway to improve to 16-0 with six knockouts. It was all Flores for just about every moment of the fight. He connected five-punch combinations at will and landed left hooks and straight right hands at ease. Conway struggled to land solidly throughout the bout, but he managed to land solid body combinations in the third and fifth frames. But Flores was never affected.