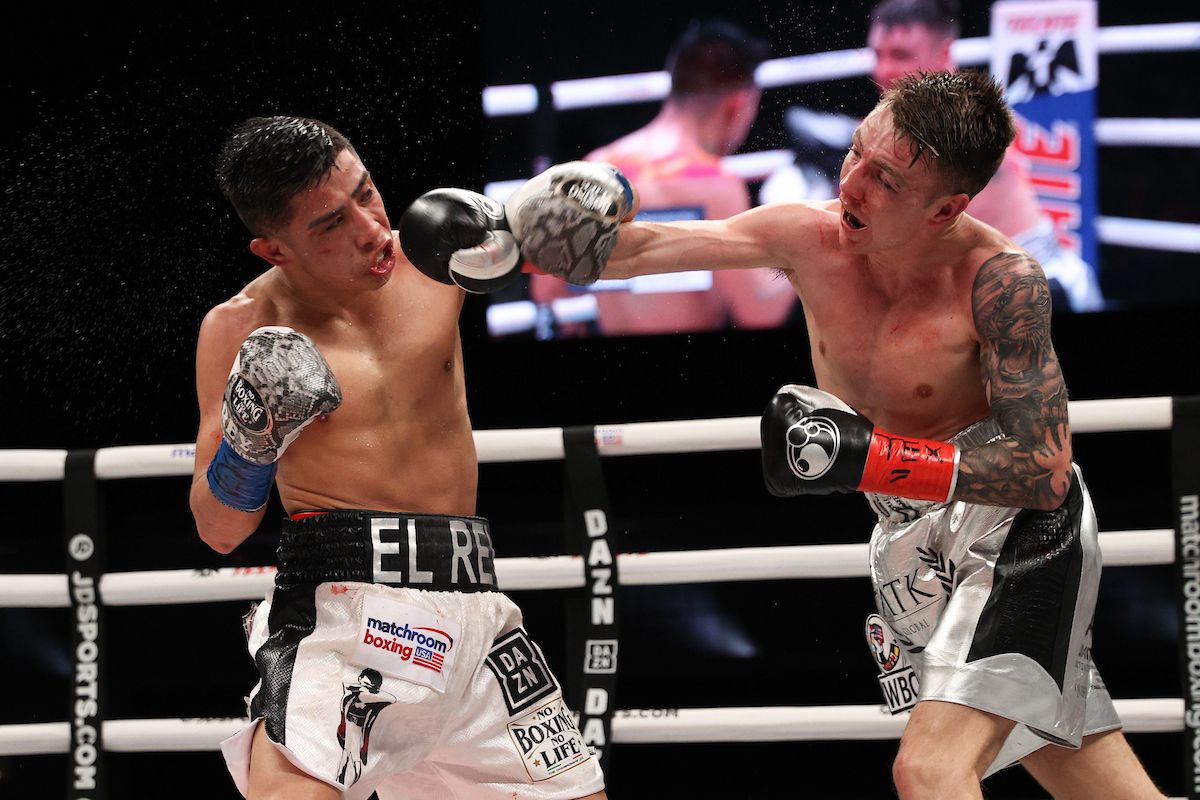 Martinez claimed the 112-pound title on Dec. 20 when he battered Cristofer Rosales en-route to a ninth-round stoppage.

From the onset, Martinez's power was on display as he landed sizzling combinations to Harris' head.

But Harris, to his credit stood his ground, and boxed effectively from the outside.

Harris was cut over the left eye at the end of the second round from a Martinez punch, but he never ceased his position and continued to trade with Martinez in the pocket.

By the eighth round, Harris began to fight in spurts, but during those opportunities, outboxed Martinez, and repeatedly landed left hooks to the body. However, Martinez would also throw quick flurries to the head and body that made Harris think twice about committing to his game plan.

Early in the 10th round, Martinez floored Harris with a hard right hand to the body. Harris beat the count and continued to fight back and even landed crisp punches late in the frame.

Martinez opted to box for the final two rounds and cruised to his first world title defense before a partisan crowd at the Ford Center.

“I’m happy with my performance,” said Martinez, who is co-trained by Eddy Reynoso, who also trains superstar Canelo Alvarez. “Harris is a strong fighter. He took a lot of punches. I respect him. There are no excuses though. The short layoff didn’t affect me. It was a great fight.

“I would like to defend my title many times. We would want to unify the titles.”