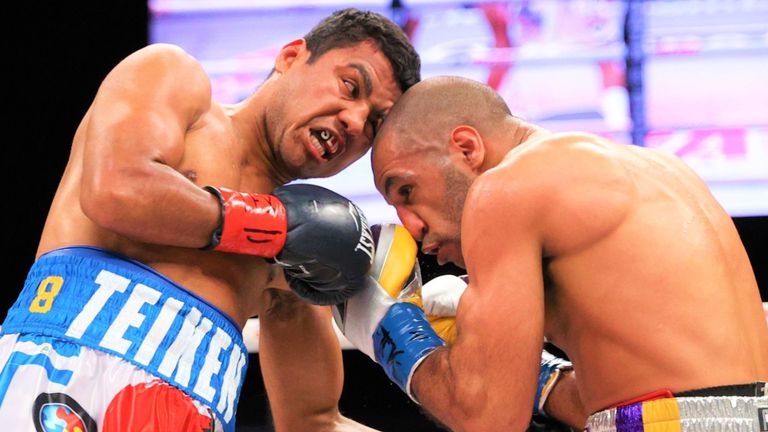 In September 2017, Gonzalez was written off by many after suffering a vicious knockout, but now he is a world champion once again after he broke down Khalid Yafai and knocked him out with a right hand in round nine to win the WBA "regular junior bantamweight world title.

Gonzalez was widely considered the pound-for-pound king before losing a close decision to Rungvisai in March 2017. They fought again six months later, but Gonzalez was brutally knocked out in four rounds.

The 32-year-old returned to the ring in September 2018 to knockout Moises Fuentes in five rounds on the undercard to the Canelo Alvarez-Gennady Golovkin middleweight world title rematch in Las Vegas, but took a year off after to recover from knee surgery.

“I did have thoughts of retiring after the (second) loss,” said Gonzalez, who was motivated by his children to comeback “I placed my faith in God though.”

Yafai (26-1, 15 KOs), 30, of the United Kingdom, who suffered his first loss as a professional, was making the sixth defense of the WBA title he won in December 2016, when he outpointed Luis Concepcion.

After a close opening round, Gonzalez started to target the body of Yafai, digging left hooks into his midsection.

Gonzalez began to mix it up in the third round, connecting with uppercuts to the head and a plethora of shots to the body. Yafai, who is known for coming forward and fighting on the inside, was urged by his corner to get to the outside and box. However, that is not Yafai's style, and never has -- he got punished for it.

An accidental clash of heads caused a cut around the right eye of Gonzalez, but that did not stop him from dishing out another beating. A left hook to the body rattled Yafai near the end of the frame.

The end of the bout came :29 into round nine when Gonzalez unloaded a one-two combination to the head, with the right hand dropping Yafai flat on his back. Referee Luis Pabon waved off the fight as he stood over Yafai, who was staring up into the ceiling not knowing where he was.

“God blessed me with world title belt,” said Gonzalez after the bout “I was surprised Yafai wanted to fight on the inside, but I was prepared for what he brought to the ring. I thank God for blessing me with a great team around me, including Mr. Akihito Honda and Eddie Hearn.”

Gonzalez is open to fighting anyone in his weight class

“I would like to unify the world titles. That is my dream.”