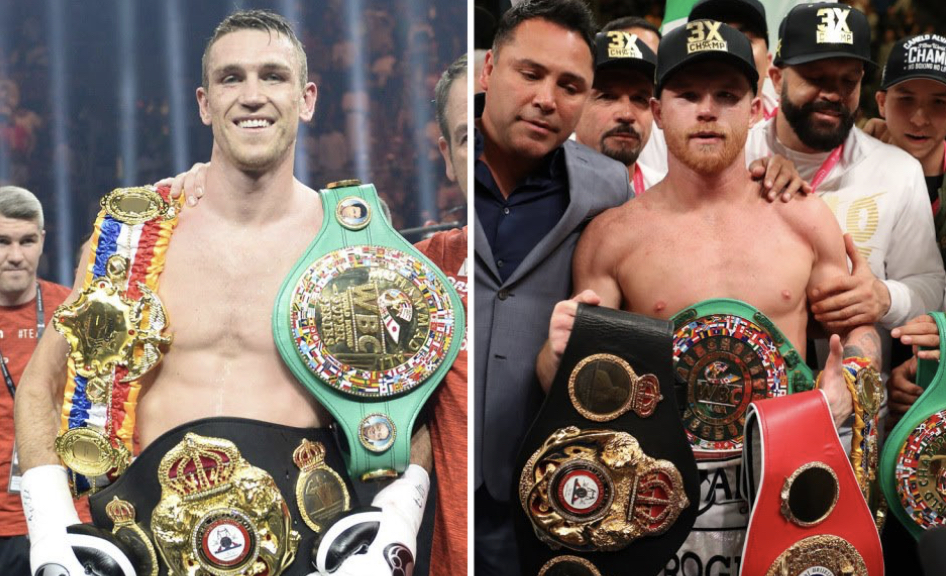 The next opponent for superstar Canelo Alvarez has not been made official, but you can rule out unbeaten super middleweight world titlist Callum Smith in the sweepstakes.

Smith (27-0, 19 knockouts), 29, of Liverpool, believes that Alvarez, a secondary 168-pound titleholder, never wanted to fight him in the first place.

“They made me an offer which I believe was too low,” Smith told Sky Sports. “(WBO beltholder) Billy Joe (Saunders) said no to the same offer.”

With Saunders likely to face Alvarez on May 2nd, now Smith is the odd man out.

“He’s an idiot,” Golden Boy Promotions CEO Oscar De La Hoya told ESPN. “Callum Smith is a good fighter and has an amazing shot of beating Canelo and he turns it down?”

However, Smith thought he would at least have an opportunity to renegotiate for a better deal.

“I thought we’d start negotiating and we’d have some back and forth,” he added. “But that was it. He made one offer then went to social media saying that I didn’t want the fight.

“I’m disappointed,” Smith continued. “It wasn’t a fight I ever believed that I’d get, but to get an official offer, you start thinking of ways to beat him.

Smith had previously expressed his desire to face Alvarez after his older brother, Liam, a former junior middleweight champion, suffered a ninth-round knockout to Alvarez (52-1-2, 36 KOs), 29, of Mexico, in a September 2016 title fight.

But instead, Smith will have to watch a fellow countryman take on Canelo instead.

“It was a fight I wanted, but good luck to Billy Joe.”