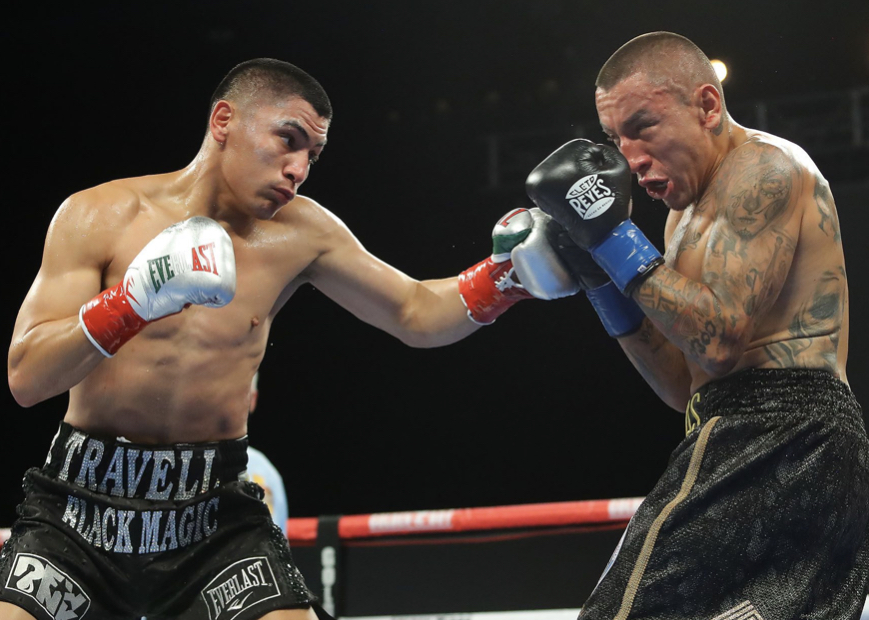 “I didn’t really notice fighting with no fans,” said Vergil Ortiz Jr. “I’m so focused on the fight. We usually spar without fans, so didn’t make a difference. I hit Vargas to the body a lot. I don’t know how he didn’t go down. He was hurt the entire time. I asked him, so I know he was hurt.. I also knew it was time to take him out in round seven. If it had gone to eight rounds, he would have been hurt worse. When I take rounds off like that, I try to get used to the timing and make them miss some shots.”

“I would like to fight Danny Garcia or Keith Thurman,” Ortiz Jr. continued. “They’re good opponents I can beat. I want to take risks. I’m not here to take easy fights. I’m in the hardest division in boxing, so when I win a title it will mean a lot more.”

“This was a great experience,” said Shane Mosley Jr. "This was my first fight as a Golden Boy fighter. I’m glad I got the win and got to knock some dust off of me. It was different due to the circumstances. Ultimately, it’s still a fight. He came to win. I think it was a good performance from me, but I still have to add some more things to my game, like adding more punches to the body.”

“It was the outcome I expected,” said Seniesa Estrada. “I give her respect for stepping into the ring with me while having a 5-0 record. If it weren’t for her, I probably wouldn’t have had an opponent tonight, so I thank her. Hopefully next time I can fight someone who is a world champion.”

“I felt I had an OK performance,” said Hector Valdez. “I give myself a 7 out of 10. I was calm, which is good. But now I need to work on being calm and being active with my punches. Now I’m going to go back to the gym, and I hope to come back soon on another Golden Boy card.”

“I felt a little rusty in there,” said Evan Sanchez. “But I’m honored to be opening up for Golden Boy. I know a lot of people were watching. I hope to get a two-week break and come back very soon.”