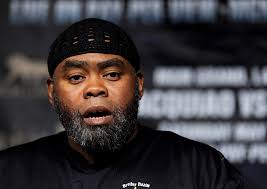 Santa Cruz is a four-division champion at 118, 122, 126 and 130 weight classes. Leo Santa Cruz & Gervonta Davis are set to meet Oct. 24 on Showtime pay per view. The clash against Baltimore-bred Davis will take place at super featherweight. Leo Santa Cruz will stand two inches taller than Gervonta Davis however he is moving up in weight and taking on a devastating puncher. The preparation is to spar guys that fight at 140 or 147.

“I’m back in camp now. The preparation is going well. We started last week as we start to train more, and we will be stepping it up. I will do everything that way I come well prepared for the fight,” Santa Cruz told Fight News. “Once we begin to spar. I will need guys that fight at 140 or 147.”

Paulie Malignaggi (36W 8L 7KO ) is a retired professional boxer (2017) who has since worked as a boxing commentator and analyst for Showtime Boxing. Malignaggi was ousted from his position as a TV analyst due to comments he made back in April in an IFL TV interview.

“I think that boxing has had its course in history with certain demographics more than others, right? So like 100 years ago maybe Irish fighters were better, you know? Then you had the Jews and the Italians kind of came in — Italian-Americans anyway. And then I think the African-American fighter became the most dominant fighter in the sport in the 1970s, 80s, and even 1990s, you know?"

“I try not to join into the race conversations because this is one of the exact examples of why I don’t believe there is racial oppression in 2020, in this century,” Malignaggi said. “I believe there has been, sure, but I don’t believe there is any racial oppression today, I believe it’s all made up and it’s exaggerated. This is exactly one of the reasons why, the fact that a black fighter can say that and not pay any price financially, but if a white fighter said that about a black fighter, he’d probably lose his TV contract, and probably TV networks wouldn’t touch him. I won’t tell you that it’s a double standard, but I’ll tell you that it does prove that the entire whole hypothesis of racial oppression is way above exaggerated in this century.”

Showtime also reportedly asked Malignaggi to make an official apology. Malignaggi refused and Showtime fired him. Now a question of who takes his place in the Showtime spotlight.

Naazim Richardson, had been in failing health in recent years after suffering a stroke in 2007. The legendary trainer passed away July 24th 2020.

Bernard Hopkins and Naazim Richardson we a team for decades.

“We had a connection without even talking. Me and Naazim been around each other so much that when he would nod his head at me I knew what he meant,” Hopkins told BoxingScene.com as he reflected on the untimely recent death of his cornerman. “When he’s talking it sounded like he was mumbling but to me it’s clear English.”

The boxing world lost a legend last month. we will miss you.