Is Dillian Whyte's Career Over After Monumental Loss? 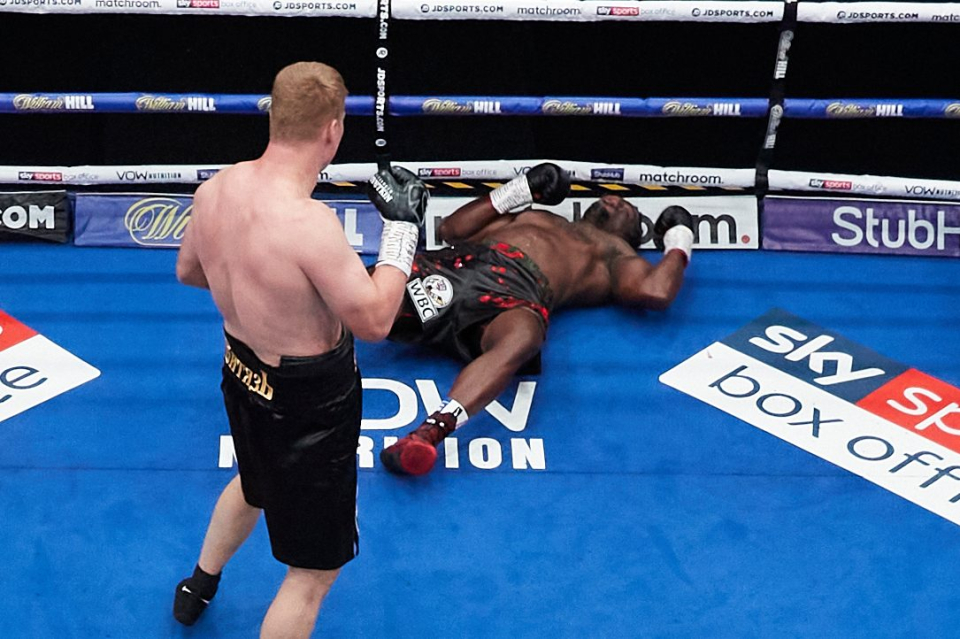 Dillian Whyte’s hopes of earning a world title shot were ruined when he suffered a brutal knockout at the hands of Alexander Povetkin. The British heavyweight was in cruise control as he dominated the early rounds of the fight, and he put Povetkin on the canvas twice in the fourth. Yet the veteran Russian produced a devastating left uppercut at the start of the fifth round to leave the Body Snatcher’s hopes of a world title shot in tatters.

Whyte had spent more than 1,000 days as the WBC’s number one contender, but he was repeatedly denied a showdown with Deontay Wilder. He rolled the dice several times during that period, beating Joshua Parker, Dereck Chisora, Oscar Rivas and Mariusz Wach. Wilder ended up surrendering his belt to Tyson Fury, and the American immediately invoked a rematch clause.

If Whyte had simply waited for that fight to take place, he would have been handed a title shot against the winner. Instead he rolled the dice one more time and ended up on the receiving end of the most ferocious punch Povetkin has ever thrown. His career is now teetering on a knife-edge.

Whyte must now go back to the drawing board and find a way to beat the Russian in an eagerly anticipated rematch after enacting a clause in the fight contract. Victory would see him return to the upper echelons of the heavyweight division and leave him in line for a title shot once again, but that is easier said than done. He appeared supremely composed against Povetkin, blending poise and power to devastating effect, but one punch can change everything at heavyweight level.

Povetkin has only ever lost to Wladimir Klitschko and Anthony Joshua during a 15-year professional career. He is a former WBA heavyweight champion and his record stands at 36-2-1. Joshua is the only man to ever stop Povetkin, and the Russian caused him plenty of problems before that seventh-round knockout.

He is a compact fighter, capable of landing fierce blows with either fist, and he has already proven his ability to exploit gaps in Whyte’s defences. He will go into the rematch knowing that he just needs to bide his time and land one more brutal shot to put Whyte’s lights out again. If Whyte loses the rematch, Povetkin would go on to face either Fury or Wilder, while the Body Snatcher may have to contemplate an early retirement.

A Career in Jeopardy

It is premature to say that Whyte’s career is over right now. He is still just 32 years of age, and he boasts a 27-2 record, with his only defeats coming against talented fighters in Joshua and Povetkin. He has claimed several impressive scalps, including a former world champion in Parker. Whyte will have to simply dust himself off and prepare to lock horns with Povetkin once again.

Tony Bellew warned that Whyte’s career will be “on the line” during the rematch. “He definitely needs to make changes and there’s just a few other little things he needs to learn,” said the former world cruiserweight champion. “But I definitely believe Dillian Whyte will still get to the final destination and become a heavyweight champion of the world.

“Just [face] the right opponents at the right time. We’ve gotta remember, 1,000 days he’s been waiting to challenge for the WBC world title. And for 800 of them days Deontay Wilder’s been the world champion – a man who didn’t want to face Dillian Whyte, didn’t wanna know. He was facing taxi drivers instead of facing Dillian Whyte. It’s wrong what’s been done to the lad, but he’s now in this very strange position where he’s gotta go into the rematch and his career is on the line.”

Bellew believes Whyte has what it takes to beat Povetkin in the rematch. He looked all but certain to win the bout on August 22, but he switched off for a mere nanosecond and he was punished. “He needs to go in there and perform basically the same,” said Bellew. “Just, when you go in for the final finish, you’ve got to be alert and aware.”

If he can control the rematch in a similar fashion and do a better job of protecting himself, Whyte will secure victory. Yet he now faces a race against the clock to recover from the knockout blow, sharpen his focus and return to peak physical condition.

Promoter Eddie Hearn insists that Whyte must face Povetkin again by the end of November “at the latest” in order to earn a title shot. Joshua, the WBA, IBF, WBO and IBO heavyweight champion, will fight Kubrat Pulev in December, while Fury and Wilder will have their trilogy fight. Boxing fans would clamour for an Anthony Joshua vs Tyson Fury showdown, which could well be the biggest fight in British history.

However, if Whyte avenges the defeat to Povetkin, Hearn can lobby the WBC to put the winner of Fury and Wilder into the ring with the Body Snatcher in 2021. “Trust me, in the rematch I’ll knock Povetkin out, promise that,” said Whyte. “Watch this space.”