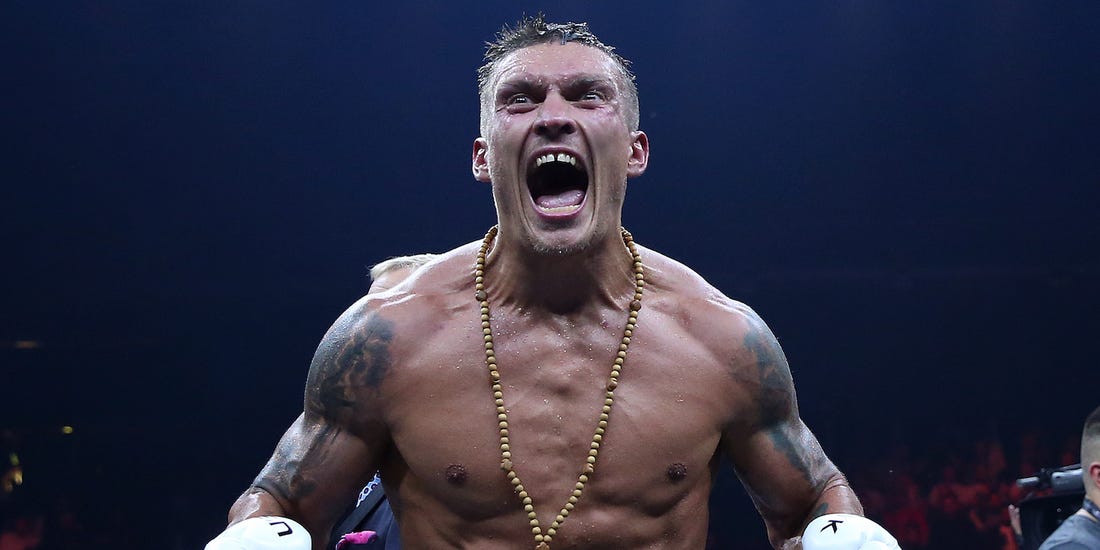 When Oleksandr Usyk announced his decision to move up to boxing’s heavyweight division, the sport’s fans stood up and took notice. Moreover, his desire to fight at the top weight class signalled his intent to establish himself as an all-time great of boxing. Of course, the Ukrainian still has much to prove having only fought once at heavyweight, but the early signs are encouraging. So, let’s take a look at why Usyk is a genuine threat to the division’s hierarchy.

A Fight with Chisora will Establish Usyk

Shortly after his eighth-round stoppage victory over Tony Bellew in November 2018, the former undisputed cruiserweight champion sought to move up in weight. According to Freddie Roach, a world-renowned boxing coach, the 33-year-old has the potential to be a success at heavyweight if he finds a weight that’s comfortable for him. However, the trainer also went on to say that the likes of Anthony Joshua, Deontay Wilder, and Tyson Fury may present too much of a challenge for the natural cruiserweight.

In reality, although Usyk overcame Chazz Witherspoon in his first heavyweight bout back in October 2019, it will be troublesome to determine his level before competing against one of the division’s household names. According to Eddie Hearn, the Ukrainian is close to agreeing a rescheduled date for his proposed fight with Derek Chisora. As a natural heavyweight, and with a professional record of 32 wins and nine losses, the British fighter represents the type of test that Usyk needs to overcome to show that he belongs in the company of the division’s tested competitors.

The Talent to Threaten the Division’s Heavy Hitters

In the absence of a true reflection of Usyk’s abilities at heavyweight, it’s worth taking into consideration the opinion of Bellew, who competed on two separate occasions in the division against David Haye, as well as Usyk at cruiserweight. Prior to his fight with Witherspoon, the Liverpool-born fighter stated that the 33-year-old is the biggest threat to the weight class’ existing rule of order, according to TalkSPORT. Although the Ukrainian may not possess the power of a natural heavyweight, his boxing IQ, movement, and speed will ensure that he’ll cause problems to the division’s belt-holding fighters.

Furthermore, Fury, the two-time heavyweight champion, also believes that Usyk could be his trickiest challenge outside of Wilder. The Gypsy King noted that the 33-year-old's “awkward-looking” southpaw stance could present him with a tough test, should they ever fight each other.

From a marketing standpoint, the emergence of Usyk can only be a positive thing for heavyweight boxing, especially as the sport is developing its status in pop culture. For example, following the Supreme Court decision of 2018, several US states have embraced the appeal of sports betting, such as West Virginia. Since being legalised, the West Virginia online sports betting sector has reached new heights, as promotion-offering operators such as William Hill have moved in to cover a range of sports, with a big focus on heavyweight boxing.

Heavyweights Won’t be Able to Run from Usyk

Although he is still untested, few can argue that the Ukrainian doesn’t have the potential to reinvigorate the heavy-hitting weight class. His unique style, combined with his understanding of the sport and his fearless attitude, will ensure that he pushes himself to the limit to achieve success. As such, Usyk is something of a wrecking ball to the weight class, seeking to upset the current rankings.