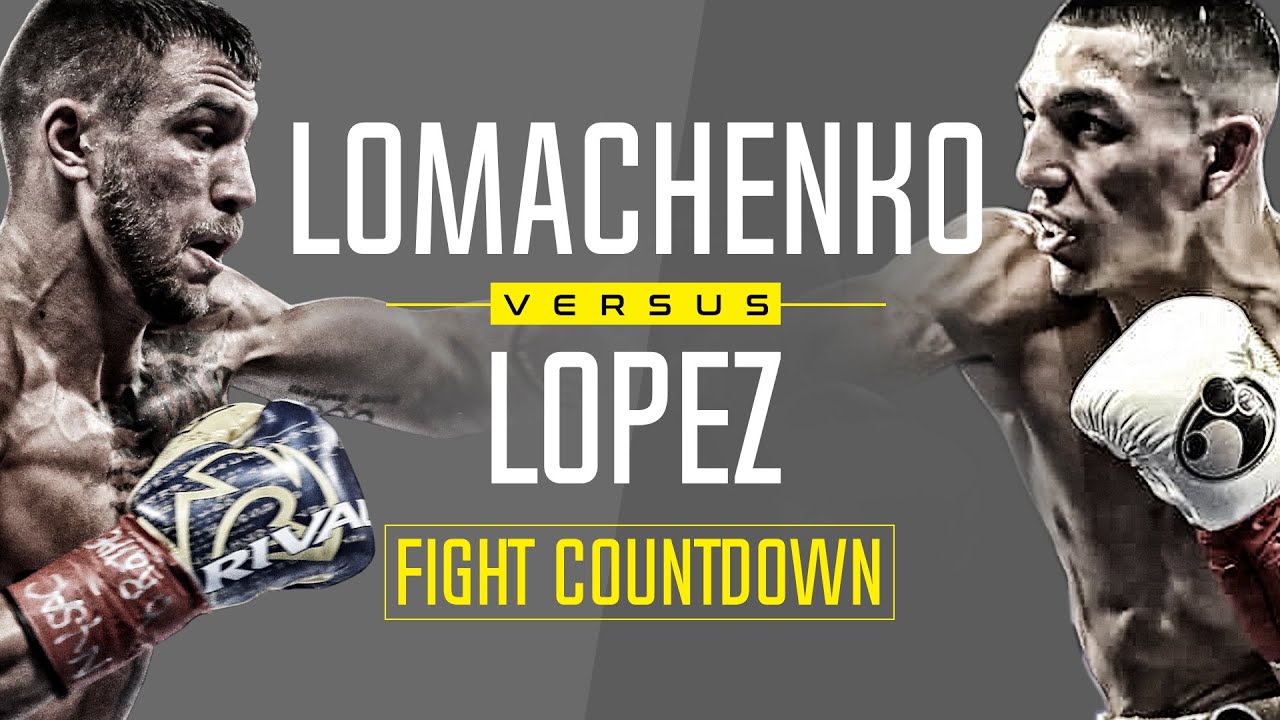 Boxing promoters may be prone to hyperbole, but when someone as long in the game as Bob Arum compares a fighter to Muhammad Ali, you can’t help but take notice.

Top Rank’s CEO, who has worked up close with greats including Floyd Mayweather, Roberto Duran, and Manny Pacquiao, believes none of these Hall of Famers can match the talent and skillset of Vasiliy Lomachenko.

"I've never seen a fighter as technically perfect as him," Arum told the BBC. "I am telling you without any reservation that Lomachenko is the greatest fighter I have seen since Muhammad Ali.”

Those comments were made back in December 2017 with Loma 10 fights in to his super-charged, record-setting professional career. He was preparing for his biggest challenge to date against fellow two-time Olympic gold medallist Guillermo Rigondeaux. The Cuban was duly overwhelmed and quit on his stool as Loma offered validation of Arum’s lofty comparison.

In the four fights since, the Ukrainian has only continued to justify the hype with wins over Jorge Linares, Jose Pedroza, Anthony Crolla, and Luke Campbell to become a three-weight world champion.

Next up for Loma is what is expected to be the toughest task of his career when, on October 17, he climbs through the ropes to face one of the brightest young stars not only in the lightweight division but in all of boxing.

Teofimo Lopez, unbeaten in all 15 of his pro bouts and holder of the IBF world title, has been flawless in his career so far and possesses unwavering self-belief that he will emerge victorious and with Loma’s WBA and WBO belts.

A fight of this magnitude, featuring a genuine superstar and an exciting young world champion in a unification fight, is fittingly taking place in Las Vegas, but given the current landscape dominated by the pandemic, it will not be the typical fight night Vegas experience.

With no fans in attendance, not only will the MGM Grand arena be empty, but also the casino floor, which is usually filled with a pre-fight buzz. Instead, boxing supporters will need to create their own fight night experience from home by tuning in on TV and perhaps get into the Vegas vibe by playing a few online casino games in the lead-up to the bout.

So as boxing fans across the globe settle down to watch this fight from afar, what can they expect? Will Loma continue to build his legacy, or will Lopez prove the future is now?

Lomachenko’s career trajectory is already the stuff of legend. The Ukrainian tied the record of winning a world title in just his third professional fight and all but his pro debut have been world championship contests.

His immediate arrival at the top tier of the pro ranks, instead of the more common steady climb, was due to his astounding amateur record and achievements: he won 396 fights as an amateur, losing just once. As well as the two golds from the 2008 Beijing and 2012 London Games, Loma is also a two-time amateur world champion.

Despite a contentious split decision defeat in his second fight, to Orlando Solido, Loma’s transition to the pro ranks has been seamless. Using pinpoint precision with both hands, unrivalled footwork and movement, and a ring IQ only reserved for the greatest, Loma has been able to consistently break down his opponents to claim comfortable points wins and stoppages.

Considering that 14 of his 15 pro fights have been for world titles, there has been no padding of his CV. Dangerous opponents including Gary Russell Jr, Roman Martinez, Nicholas Walters, Rigondeaux, and Linares all believed they had the tools to put the brakes on the Lomachenko hype train. All got thoroughly outclassed in the process.

Not that Loma’s record intimidates Lopez – a 23-year-old world champion in his own right whom many believe will hold the power and size advantage in this fight.

At nine years Loma’s junior, the American also has age on his side and as the Ukrainian recently admitted: “I've been very long in this sport so of course my body has tired a little bit,” while also insisting he is “happy and healthy”.

While it’s fair to say the Lomachenko has not faced a fighter like Lopez before, it is arguably more pressing that Lopez has never shared a ring with a boxer of such skill and brilliance as his October 17 opponent.

Granted, Lopez is a world champion and also boasts fine amateur pedigree, but after just 15 pro fights and at his tender age, he is still learning his craft. Does he have the experience to go with his self-belief and skills to topple a genius like Lomachenko?

After all, it is experience that will dictate how well he is able to adapt mid-fight, tweak his strategy where necessary, and how he responds if he is required to dig deep.

Even if Lopez holds the edge in size and power, it will be foolhardy of him and his team to create a gameplan focused solely on seeking the knockout. Loma has been in with bigger, stronger guys before and easily picked them apart.

Where this fight will be won and lost will likely come down to execution: the fighter who can execute their strategy most effectively and identify areas of weakness during the bout will probably emerge with the victory.

On that basis, it is little wonder Lomachenko is a strong pre-fight favourite, but as we have seen untold times in boxing, anything can happen come fight night. Whichever way this bout goes, it promises to deliver a spectacle.