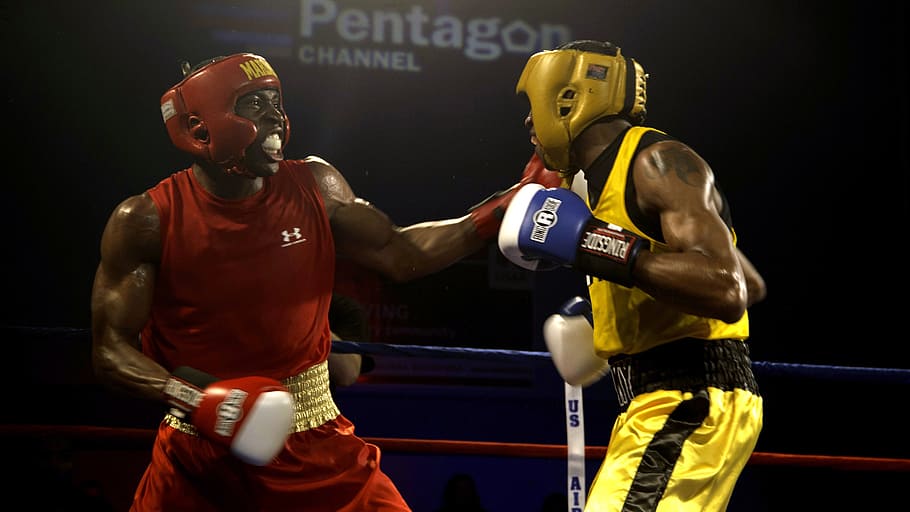 English heavyweight champion Fabio Wardley is looking for the next fight in his journey up the heavyweight ladder, after comfortably defeating veteran Simon Valilly in the summer. The Ipswich-based boxer appears to have his eyes fixed firmly on locking horns with another veteran in the shape of experienced Australian Lucas Browne.

Wardley took to his Twitter account to state that although he is “not one for trash talking” he called out Browne in “the most gentlemanly way possible” to schedule a fight. One of the main reasons why Wardley will be looking to Browne as a next potential opponent is Browne’s most recent defeat at the hands of Englishman Dave Allen. ‘The White Rhino’ was able to finish Browne inside three rounds and Wardley Vs Allen is an eagerly anticipated prospect among most British boxing experts. If Wardley can despatch Browne with similar vigour it would demonstrate to Allen that he is a worthy opponent.

Why Allen Vs Wardley is a fight that just makes sense

Doncaster-born Allen is a two-time challenger for the Commonwealth heavyweight belt and both he and Wardley are two of Britain’s best up-and-coming heavyweights. It would be a fascinating contest that would certainly get screen time with the main broadcasters. As with most heavyweight boxing fights on Sky Sports or pay-per-view, the leading bookies tend to offer price boosts or enhancements on a string of markets leading up to a bout. But don’t spend your own money — you can sign up to many of these bookmakers and receive free bets upon registration to use on enhancements for fights like the potential Allen Vs Wardley match-up.

Wardley, who is managed by fellow heavyweight Dillian Whyte, has spoken out publicly about the mouth-watering match-up with Allen taking place in the next 12 months. Allen told Sky Sports that he felt a clash with Wardley would be the “next big fight” for his career. The pair have sparred in the gym in recent years and Allen admits that Wardley is “a very confident man” but points to his inexperience and lack of rounds under his belt.

Dave Allen may only be three years Wardley’s senior, but he has fought 16 more times in the ring than him. He has also been in the ring with some of the biggest names in the division, including Wardley’s manager Dillian Whyte and Luis Ortiz. In contrast, Wardley’s route into heavyweight boxing was a rather unorthodox one. In fact, Wardley practically fell into the white-collar boxing scene and had zero amateur career fights prior to turning professional.

From white-collar to the boxing big time

He was once a successful recruitment consultant, working in his hometown of Ipswich. He was also a talented footballer, having formerly been a part of the Ipswich Town youth academy setup. Unfortunately for him, ankle problems put paid to his football career before it even started. Wardley had a humble upbringing on a modest Ipswich estate and had little appetite for school. After being referred to the Suffolk Positive Futures programme, Wardley was drawn to the Suffolk Punch boxing club, where he would meet coach Rob Hodgins.

During his time at the club, they started staging white-collar shows on a quarterly basis and Wardley was eventually invited to have a go. He took to it like a duck to water and was soon approached by professional manager Mervyn Turner to enter the big time after just four white-collar bouts. He has already sparred with some of the best heavyweights, including manager Whyte and two trips to Alexandr Usyk’s gym, not to mention the ‘Gypsy King’ himself Tyson Fury. Whether Wardley manages to secure a bout with Lucas Browne or not, it seems almost certain that Wardley and Allen are on a collision course in 2021 at the latest.