Can Lomachenko Bounce Back from Lopez Defeat? 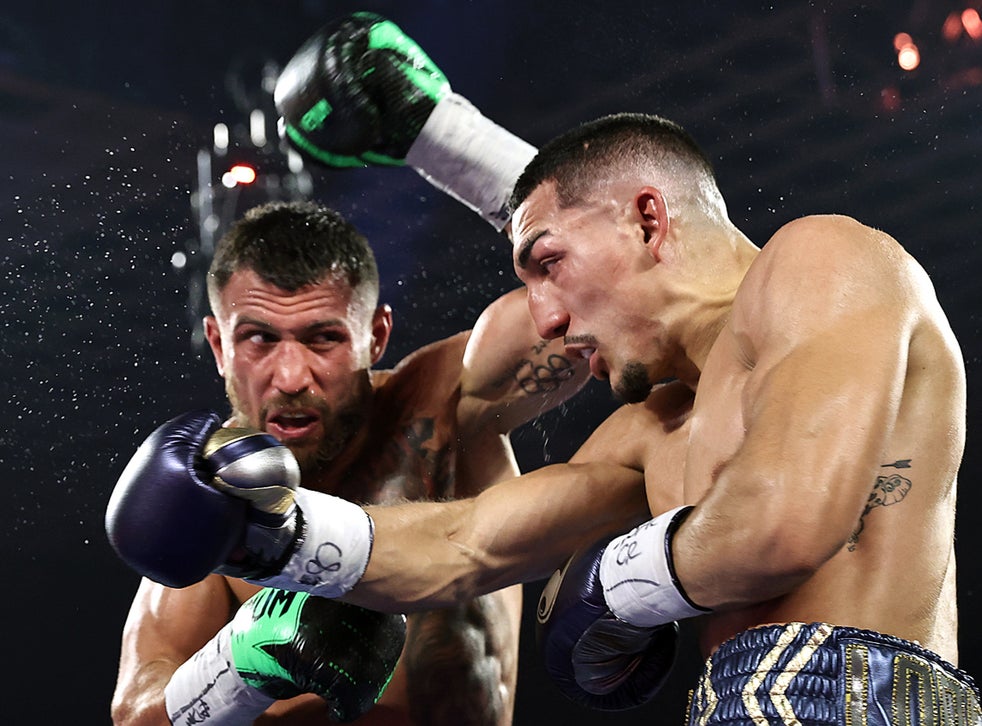 Vasyl Lomachenko was number two in the majority of the pound-for-pound rankings going into his last fight against Teofimo Lopez. However, that spot is surely gone now following his defeat to the American.

The Ukrainian became a world lightweight champion for the first time when he defeated Jorge Linares in May 2018, stopping the Venezuelan in the 10th round. Wins followed over Jose Pedraza, Anthony Crolla and Luke Campbell.

Defeat to Lopez sets Lomachenko back a couple of steps. He had hopes of becoming the undisputed lightweight champion, however, that title may now go to Lopez or the WBC champion Devin Haney.

The 32-year-old did a great job of recovering from his first professional loss which came on his second appearance in the ring against Orlando Salido. He went on a run of 13 victories after that defeat, with world title success over Gary Russel Jr coming on his next fight.

A Rematch with Lopez Next?

Lomachenko will be keen to have a rematch with Lopez to try and reverse the result of the bout. The new WBA (Super), IBF and WBO lightweight champion has played down any talk of a second contest though as the scorecards were so far in his favour.

Lopez’s next move could depend on the result of the Haney and Yuriorkis Gamboa contest which is scheduled to take place next month. Haney is the 1/20 favourite in the boxing betting for that fight where a victory is likely to earn him a shot at the number one boxer in the division.

Loma may have to wait for his next chance against Lopez. If he bounces back with 2-3 good wins in the division, a second bout against the man from Brooklyn could still arrive in the future.

Another option for Lomachenko is to change division. He could look to win a world title at a fourth different weight, if he feels comfortable stepping up to 140lb to light welterweight

Josh Taylor and Jose Ramirez currently occupy the four major belts at light welterweight. Boxing fans would be keen to see the Ukrainian face either of those two men. They both remain unbeaten at this stage and are considered to be two of the most exciting boxers in the sport.

A drop down to super featherweight is also an option for Lomachenko. The last time he fought at that weight was in 2017 when he retained his WBO crown against Guillermo Rigondeaux. Loma would have no problem losing the pounds required to make the weight, so in many ways that would be an easier option than stepping up a division.

Given how talented he is, those connected to Lomachenko will be very confident that their man can return to the top of the sport again in the near future. Expect to see a much better performance when he returns to the ring.