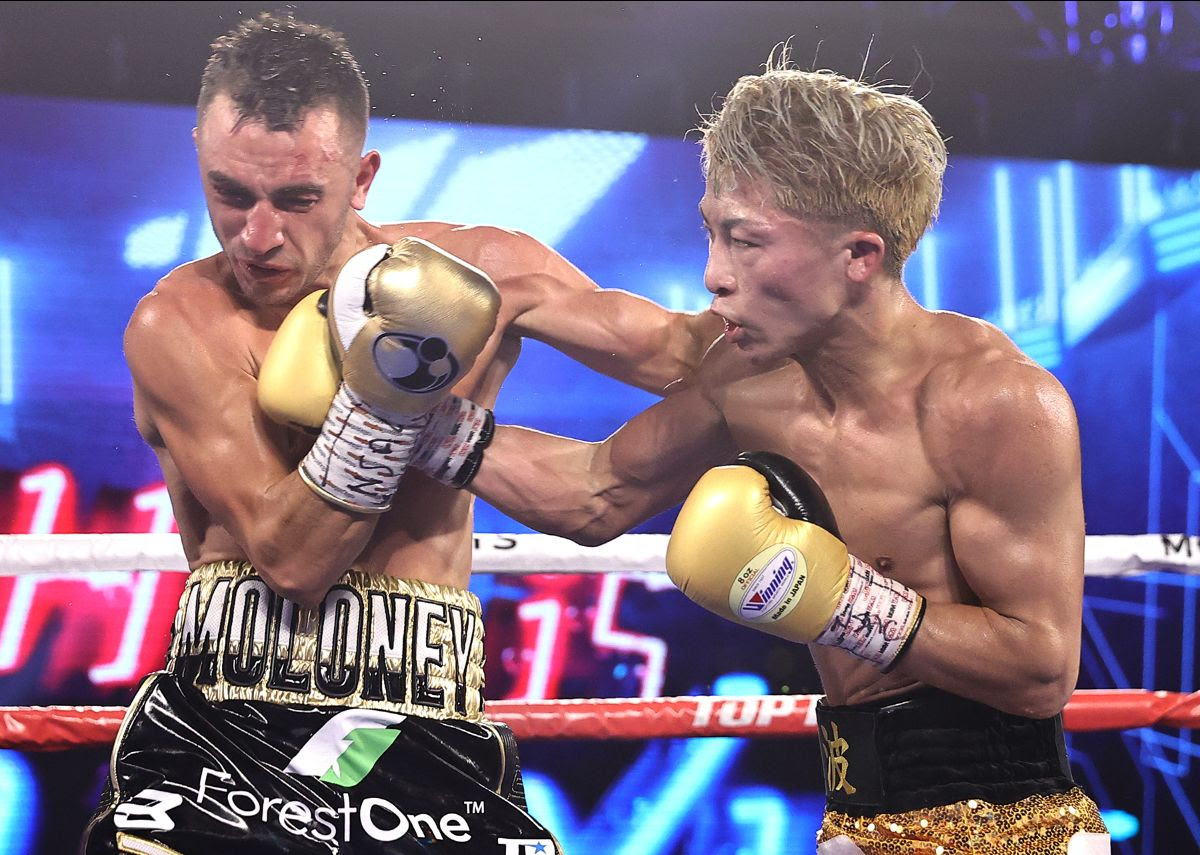 Inoue (20-0, 17 KOs) improved to 15-0 in world title bouts, and at 27 years old, the three-division world champion is approaching his physical prime. Moloney (21-2, 18 KOs), who previously challenged for a world title in 2018, saw his four-bout winning streak come to an end.

Inoue said, "“The final punch, the finishing punch, I’m very happy and satisfied with that punch.

“Moloney has a great defense, and it was very difficult to get through. The two punches you mentioned are something we really practiced in Japan a lot, and I was able to perform well and use it, and I'm very happy with that."

Added Bob Arum, Top Rank Chairman: "The Monster is a special fighter. I haven’t seen a young fighter like that in a long time. And credit to Jason Moloney for fighting like a warrior. He gave it his absolute best.”

Mikaela Mayer called for a world title bout for quite some time. When that time came, she took advantage of the opportunity. Mayer defeated Ewa Brodnicka by unanimous decision (100-88 2x and 99-89 ) to win the WBO female junior lightweight world title, a dominant outing for the 2016 Olympian.

Brodnicka (19-1, 2 KOs) lost her world title on the scale Friday after missing weight by .1 pounds, an unfortunate end to a title reign that included five successful defenses. The scores were indicative of the bout's one-sidedness, and Brodnicka had insult added to injury when she was deducted points for holding in the sixth and seventh rounds. Mayer (14-0, 5 KOs), a Los Angeles native, has other big names on her radar.

Mayer said, “Like {head trainer} Coach Al {Mitchell} said, her holding and her movement was a little tricky for me to catch on to. I still feel like I did win every round. There were definitely some things I could’ve done a little bit better, but ultimately it was a good learning fight.