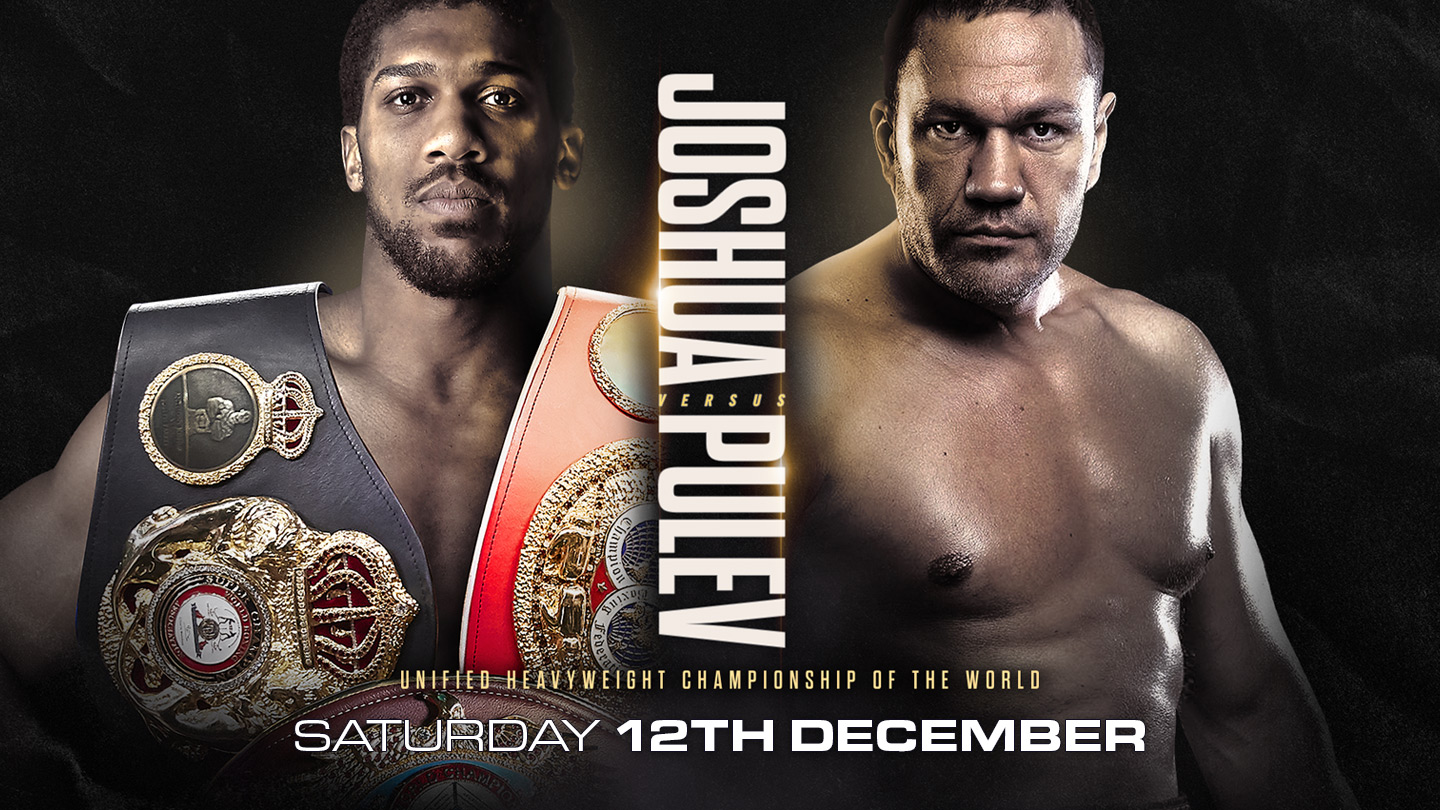 One of the most highly-anticipated fighters is returning this Saturday as Anthony Joshua vs. Kubrat Pulev takes place at Wembley Arena in London. The event can be seen exclusively on DAZN in the United States and Canada. The Joshua-Pulev main card begins at 2 p.m. ET. Joshua and Pulev expected to make their ring walks about 5:30 p.m. ET, although the time depends on the length of the earlier fights. Pulev is the Aj's IBF mandatory challenger with his WBA and WBO title also on the line. It's a fight that could unify all four recognized heavyweight championships.

According to Unibet PA Anthony Joshua to win -1,000. Like the oddsmakers we're expecting Joshua to get the W, however, there's practically no betting value in betting on AJ to win at -1,000.

Anthony Joshua is coming off a unanimous decision win over Andy Ruiz Jr. last Dec to regain the WBA, IBF, WBO, and IBO heavyweight titles. This was a rematch to the devastating Joshua suffered in their first fight. An embarrassing display as AJ was knocked out in the seventh round after getting knocked down 4 time during the fight. "This will be a tough fight but I need to retain my belts. I have a warrior mindset. In my mind, nothing else is important apart from Pulev. That is my focus." - Anthony Joshua

The 39-year-old Bulgarian is 28-1 in his career, with his lone loss coming against Wladimir Klitschko six years ago. Since then, the Cobra has reeled off eight consecutive victories, most recently a ten-round unanimous decision win over Rydell Booker in November of 2019. "Saturday is the most important day of my life,. I trained since I was 12, I became a champion in Bulgaria when I was 14." - Pulev told Sky Sports

Joshua is long and rangy with excellent ring control, technical boxing ability, power and adaptability. Aj has a high boxing IQ, instinct to take out his opponet when he sees an vulnerable hurt boxer. The 31-year-old is 23/1, in his professional career with an incredible 21 of his victories coming by knockout. Pulev is strong and durable, possessing a good jab and a powerful right hand. Pulev has a strong jab but it doesn't come as fast as Joshua's and with just one knockout in his last six fights, he may not have the power to test the UK fighter's chin. AJ does a very good job of using his 82-inch reach to fight from the outside, has faster hands and is the far superior technical boxer.

While Joshua hasn't fought in just over a year, Pulev actually has slightly more ring rust since his last bout came 13 months ago.