8 PROFESSIONAL BOXERS WHO TOOK THE WORLD BY STORM 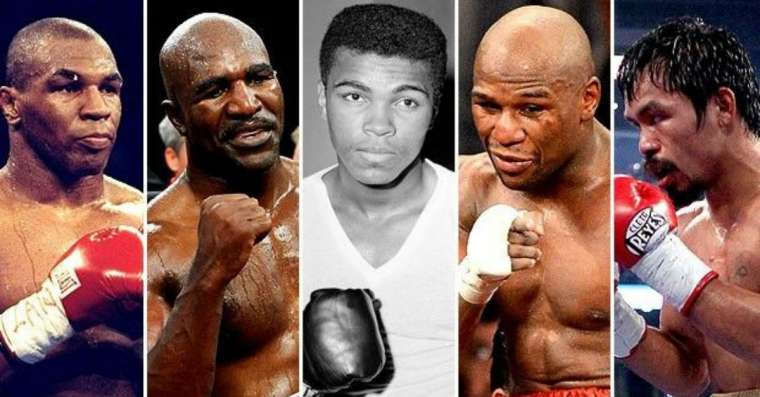 We have all heard and perhaps even met them or witnessed their mind-blowing skills. These are the movers and shakers of the boxing arena who have redefined boxing as we know it. Boxers such as George Foreman and Floyd Mayweather are some of the big names that took boxing to another level and their acts are still felt to date.

Wilfred Benitez is not a new name to the boxing lover. In 1976, Wilfred broke the record to become the world’s youngest WBC Champion at just 17 years of age.

This moment was marked during his fight with Antonio Cervantes who had been the belt holder of that decade. He lost the championship after a while but later regained it becoming the world’s youngest three-division champion in 1981 in a fight with Maurice Hope.

Bagging the world’s oldest champ is Bernard Hopkins. Hopkins may not be the oldest boxer but he is the oldest known athlete to take the crown home at 49 years of age.

The ‘young champ’ stood up against the boxing giant Sergey Kovalev, a WBO champion. Hopkins' years of training and great discipline had paid off in that ring and he proved to all his fans that anything is indeed possible.

Manny Pacquiao is a name that is most remembered from the May 2015 fight against Floyd Mayweather. Pacquiao is also known as the world’s best boxer who has won the most titles in the eight weight divisions. This is an achievement that many fans take advantage of to crown Pacquiao as the world’s best and ‘baddest’ boxer of all times and to them, he is one of the few boxers to bet on any time any day

Muhammad Ali is not only the king of the ‘Rumble in the jungle’ but he is also the undisputed king of the ring. During his time, Ali was undefeatable. He defeated George Foreman and other boxers to be crowned the world’s 3 times heavyweight champion.

'The old mongoose' Archie Moore won over 183 fights and was a high-rank professional boxer from middleweight to heavyweight. In the last decade of his career in boxing, Archie held the light heavyweight championship. He is also the only boxer in history to face Muhammad Ali and Rocky Marciano.

Julio was a big name in the ring from 1980 to 2005. He is known as the world’s best defense boxer. During that period, he won multiple titles in three divisions including the Super featherweight, light welterweight, and the lightweight championships.

Oscar started his boxing life at just the age of 5 and by 2009, he was the renowned popular boxer of all times. Before his retirement in 2009, Oscar had bagged ten world titles, with six in different divisions. After his retirement, he took on a different path and ventured into business, and founded the Golden Boy Promotions.