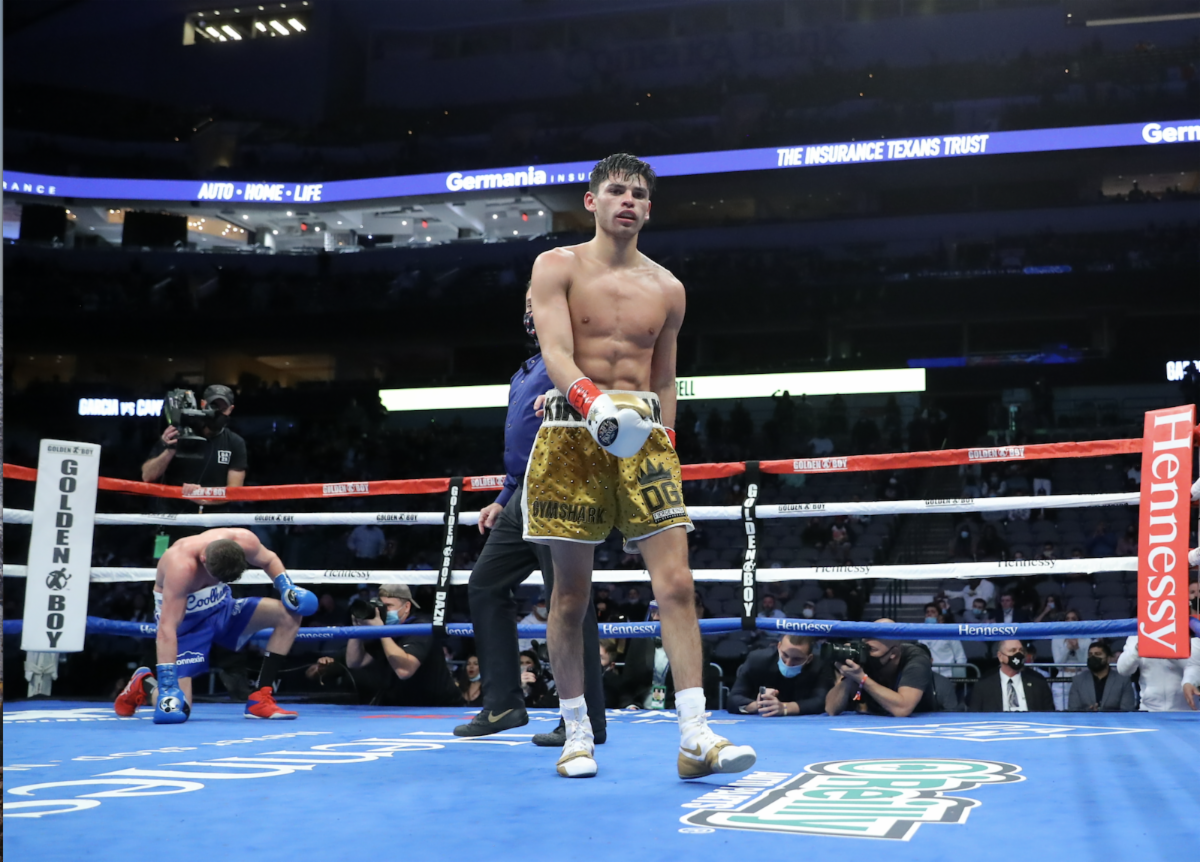 DALLAS, TEXAS (Jan. 2, 2021): Ryan Garcia (21-0, 18 KOs) of Victorville, Calif. captured the interim WBC Lightweight Championship with a seventh-round body-shot knockout against Luke Campbell (20-4, 16 KOs) of Yorkshire, United Kingdom at the American Airlines Center in Dallas, Texas. The bout was stopped at 1:58 of the aforementioned round. The fight was streamed live exclusively on DAZN in more than 200 countries and territories, including the U.S., Mexico and the UK.

“This is the kind of fight where superstars are made,” said Oscar De La Hoya, Chairman and CEO of Golden Boy. “Down on the mat early for the first time in his career, Ryan got up, rallied, broke down his man and got the knockout. Everyone in the lightweight division should consider themselves on notice. 2021 will be the year of Ryan García.”

“My performance definitely showed a lot of people who I really am,” said Ryan Garcia. “Going into this fight I wanted to show people that you are not what people call you. You are what you choose to be. I chose to be a champion tonight. I didn’t let anything stop me from being a champion tonight. Even when he dropped me, I knew that couldn’t stop me from being champion.”

“I got too excited in the moment,” Garcia said of being knocked down for the first time. “I felt I could just walk him down, but he ended up cracking me. So, I had to adjust and calm down. I was a little dizzy with the knockdown, but I wasn’t worried. He’s not used to going forward, so I just knew I had to cover up. He never fights coming forward, so I knew he would back up throughout the fight. I’m naturally a counterpuncher. But today I showed I can take it to somebody and knock them out. God told me that it would end with a body shot, and that’s what happened.”

“He’s very heavy handed,” said Luke Campbell. “Even when I was blocking the shots, I could feel them. That was the hardest shot I was ever hit with. I tried and tried to get up, but I couldn’t. I felt him coming on, and I was moving back. And when I moved back, my body relaxed a little bit and that’s the exact time he hit me.”

Garcia pulled no punches when deciding who he wanted next. "I want Gervonta Davis."