McGregor bleeding after training with another Irish boxer 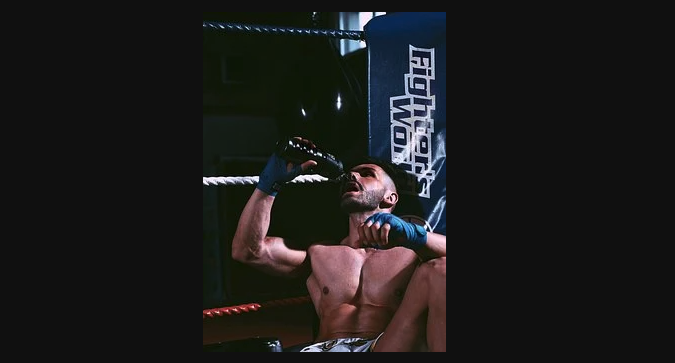 "Very hard" is how Conor McGregor described his recent training with the boxer Dylan Moran who managed to punch the famous Dubliner straight in the nose. The training took place as part of the preparation of the Notorious for his future fight at the end of January.

In order to get ready for his future fight, Conor McGregor recently had a fairly "tight" boxing training session with another Irish professional boxer, Dylan Moran. As the famous mixed martial arts fighter detailed on Twitter on 9th January, during training Dylan Moran punched him in the nose and left him "bleeding" on the ring.

When asked by one of his subscribers how the training was going, the sportsman revealed some rather surprising details.

"Very tough! I got a nice a shot that clipped the nose upward and made it bleed. The rounds were super close tho. Razor! Dylan is one of the better boxers I’ve ever shared the ring with. A phenomenally exciting Irish talent!"

"Very hard! I got a good punch that cut my nose upwards and made it bleed," he wrote on Twitter, saying the rounds were "super tight".

He also praised his young Irish colleague, calling him one of the best boxers he has ever fought against.

"Dylan is one of the best boxers I have ever shared the ring with. An incredibly exciting Irish talent," he added.

Moran is part of the Dublin team for his upcoming showdown with American Dustin Poirier on January 23rd in Dubai. Crumlin Boxing Club Dublin coach Phil Sutcliffe is also lending his expertise to the Notorious, the Irish Mirror reports.

Let's see whose fighter the bookmakers will make their predictions on. Indeed, the odds on McGregor are always relevant and most of the time low enough because he has that experience of the ring that permits him to outperform his competitors. Whereas it is on William Hill, Betclic or Betiton, the ultimate Irish bookmaker, fans will be able to follow the predictions in real time to place their bets at the right time on the right fighter. Waiting for this show well expected, the two opponents already have made their own predictions on the final of the fight.

UFC 257: Conor McGregor announces a KO in less than 60 seconds against Dustin Poirier

Conor McGregor predicts another quick knockout on Dustin Poirier in a fortnight in the UFC 257 main event.

"You can call me Mystic Mac, because I predict these things," used to say Conor McGregor before his fights to announce the fate of his opponents.

This time, the former UFC lightweight and featherweight champion will return to the octagon on January 24 in Abu Dhabi for a rematch against Dustin Poirier, whom he had already quickly folded in 2014, a TKO of 1:46 in the first round.

McGregor will be looking to do even better at UFC 257, with a TKO in less than a minute...

"I love Dustin. I think he's a good fighter. He's even a great fighter. But (the level) super is still several levels below me. I'm going to knock Dustin out within 60 seconds," said 'The Notorious' in an excerpt from the upcoming 'Countdown to UFC 257', recently shared by the UFC.

Conor McGregor's last fight in January 2020 resulted in a quick 40-second correction on Donald Cerrone as the two men faced off in a UFC 246 hand event.

Dustin Poirier announced that he was planning to take the Irish into a long war from which he would not emerge unscathed.

See you in a fortnight time to find out which of the two was right.

Bookmakers and entertainment with predictions and odds on https://www.betiton.com/en-ie/sport/