The Fights British Boxing Fans Want To See In 2021 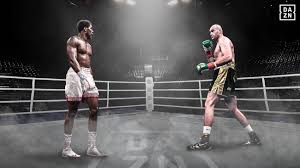 With so many big fights canceled last year, there is a lot of optimism that we will see lots of massive big-name matchups finally take place in 2021. Is it going to be the year that we finally see who the real heavyweight champ is and the belts become unified once more? I hope so as boxing has suffered from too many fights not taking place when fighters are both in their prime.

The bookmakers have already set the odds for the possible matchups so if you feel that a boxer is undervalued now is the time to take action. If you are thinking about placing a bet on any of the potential fights listed below and it's your first time make sure to read the betting beginners guide. It will help you avoid the pitfalls of gambling and give you the knowledge so you can gamble safely online.

If there is only one fight that takes place this year, it would be worth it if it was the one everyone around the world wants to see. That fight is Joshua vs Fury for the unification of the Heavyweight divisions. The one that wins this battle of the British will be crowned the baddest man alive and the prospect of the two getting it on is mouthwatering. Both boxers want to put on a show for the fans to prove they are the best, the only problems are possible legal ramifications due to breaking contracts set in place.

It is very unlikely that the fight will take place in a packed stadium which makes this matchup even more intriguing. You will be able to hear the sound of the two hardest hitters do battle and it only takes one clean punch in this division to crown a winner. Although Fury did defy all logic by getting back up in his first fight against Wilder in the last round when he was hit by a punch that would have KOd any other human or animal.

The bookmakers have the favorite as Fury and you will find him priced around 4/7. It should come as no surprise given that Joshua lost to Ruiz Jr by KO. He did manage to put that right, however, in the rematch, although Ruiz Jr was badly out of shape. Joshua is priced at 11/8 and the draw you will find is priced around 22/1.

Another legally anticipated matchup that British boxing fans want to see is Billy Joe Saunders to be given his chance to prove he can beat the best in the world in his division Saul ‘Canelo’ Alvarez. Canelo recently in December 2020 beat upcoming British boxer Callum Smith which has helped to boost his name in the UK.

Saunders has a massive following in the UK and will be a huge payday for both fighters. The English boxer is unbeaten in 30 fights with 14 coming by way of KO. At 31 years old he is in his prime and it would be a career-defining fight for him. He was impressive in his last fight winning all of the rounds for a points win against Martin Murray.